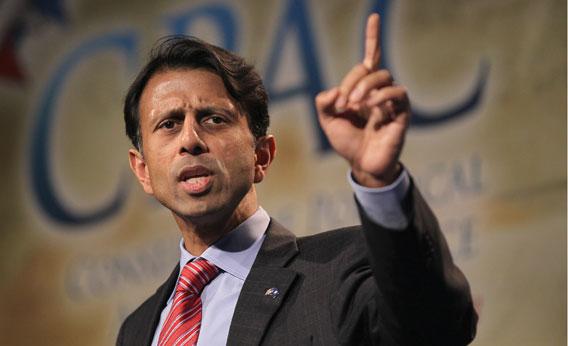 Washington, Sep 17 (IANS) Louisiana’s Indian-American Republican Governor Bobby Jindal has acknowledged that he’s considering a 2016 run for president, and will make his decision after the November Congressional elections.

His decision would not hinge on polls or fundraising, he told reporters at a Christian Science Monitor breakfast here Tuesday.

The governor finished at the bottom of a field of 11 potential presidential candidates. But he says that would not be a factor, the Monitor reported.

“If I were to decide to run for 2016, it would have nothing to do with polls or fundraising,” said Jindal.

“It would simply be based on the same calculation that I made when I ran for… Congress or governor.”

The determining questions, he said, were, “Do I think I can make a difference, do I think I have something unique to offer?”

“I think at this point polls are measuring name ID,” Jindal was quoted as saying by CNN.

“The first time I ran for office, I was… polling within the margin of error, which means I was at zero.”

Jindal, who is vice chair of the Republican Governors Association, also touted the progress that Louisiana has made while he has been governor.

Louisiana is becoming a state where more people are coming than going; boasting an economy that’s growing at twice the rate of the nation; creating more than 50,000 jobs, he said.

“Carter believed in American exceptionalism. I don’t think Obama does,” he said.

“Obama’s the most radical president, ideologically, in my lifetime. And I think he’s the most incompetent president.”