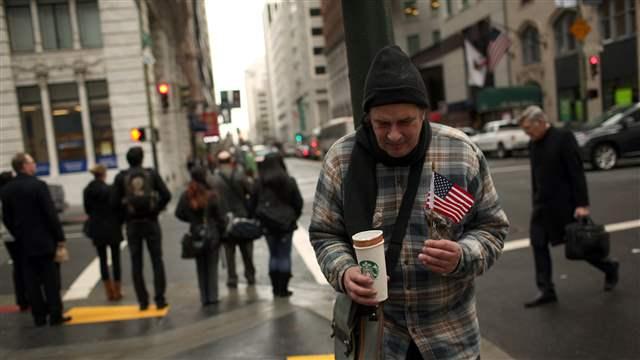 Washington, Sep 17 (IANS/EFE) Almost ten million people in the US live on less than $2 a day and outside the money economy, surviving on food stamps, welfare and free meals provided by public schools and charities, Brookings Institution researcher Laurence Chandy said.

“The people who are excluded from the money economy are the most vulnerable to unexpected crises such as illness or the death of a relative,” Chandy told Efe news agency.

Poverty is “a latent problem” in a country were almost 46 million people live under the official poverty level of $16 a day, and about 20 million people subsist on less than $8 a day, Chandy, who published a study on the poorest of the poor, said.

A peculiar feature of this population, according to Chandy, is that they are able to survive with almost no income and only on welfare and social services since, compared to European countries, “the United States does not shine for the generosity of its public subsidies”.

Developed countries tend to assume that poverty is not a concern there and, “while wealth is well studied and we know the rich by name and surname, as is the case with Bill Gates or Warren Buffett, we disregard the less fortunate”, the researcher said.

In the US, politicians focus their attention on the middle class and this contributes to the widespread perception that poverty is marginal and temporary, and that whoever works hard will prosper but, according to Chandy, upward social mobility in the country has been sluggish for the past half century.

Between January 2009, when the US economy was still mired in recession, and December 2011, 31 percent of the population slipped under the official poverty line for at least two months, Census Bureau figures show.

When poverty has been a reality for one in every three people in the US, there is a need to devote resources to understand extreme poverty amid the richest population in the developed world, Chandy said.

Bobby Jindal to decide on presidential run after November