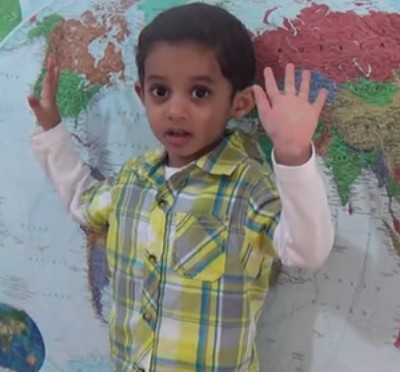 Washington, Jan 16 (IANS) A three-year-old Indian-American boy can identify all 196 countries, plus some dependencies and territories, on the world map in a mere four minutes and 42 seconds, a media report said.

Impressed by the performance of New York-born Vihaan Chamala, judges from RecordSetter honored him with a world record, India West reported Thursday, adding that his name is likely to be included in the Asia Book of Records, India Book of Records and Miracle World Records.

RecordSetter is a social media website containing a collection of world records created by the public and evaluated by the staff and visitors to the site.

Vihaan is the only child of Jayasree, a clinical physical therapist, and Raghu Ram Chamala. The toddler has also memorized names of planets, days, months, chemistry elements, Telugu and English alphabets and words.