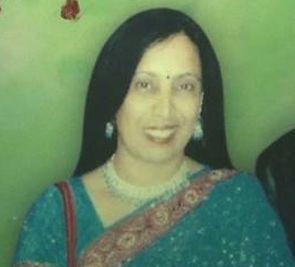 Washington, May 3 (IANS) An Indian-origin woman gas station attendant in South Carolina, who was shot in the face and left in a critical condition, has died two days after the robbery attempt, according to media reports.
Mradulaben Patel died on Saturday morning after being shot at a gas station along Highway 153 on Thursday, the local News 13 reported citing the Anderson County Coroner’s Office.
Police have not said if the suspect in the shooting has been apprehended.
Michael Wheat, who found Patel during a stop at the gas station on Thursday evening, told News 13 that nothing looked unusual at first.
“There was nothing out of place, that was what was so weird about it. It just looked like there was nobody there at first,” he said.
Wheat walked into the convenience store and peered behind the counter around 10.30 p.m.
“Then I saw the clerk lying there on the floor, bleeding pretty bad,” he said.
Wheat said it was the most blood he has ever seen coming from a living person.
“She just had blood all over her head and a big ol’ puddle of blood on the floor. I left the store and got in my truck, called 911,” Wheat was quoted as saying.
Wheat said he ran back into the store without knowing whether or not the shooter was still there. “She was kinda moaning as she was breathing,” he said.
But the shooter had already fled the scene.
Surveillance footage showed the suspect, moments before, asking for cigars and then shooting Patel.
Investigators cited by FOX Carolina said they believe the man in the video shot Patel during an attempted robbery.
The shooting left Patel’s friends and neighbours shocked.
“I just don’t know,” Dilip Shah said, shaking his head. “She never had any problem with any customers.”