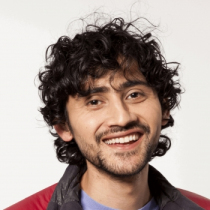 Washington, June 19 (IANS) Creations of a couple of Indian Americans were featured at the first-ever White House Maker Faire to “celebrate a nation of makers and help empower America’s students and entrepreneurs to invent the future”.

The Faire Wednesday featured over 100 makers, innovators and entrepreneurs of all ages from more than 25 states, “who are using cutting-edge tools such as 3D printers, laser cutters and easy-to-use design software to bring their ideas to life.”

President Barack Obama strode alone from his Oval office, in a gray suit to begin his tour by mocking the name of the event, the ‘Makers Faire’, wondering whether that meant there would be jousting and costumes.

Among the exhibits Obama viewed was a “$5 Chemistry Set for the 21st Century with a Musical Background” made by Manu Prakash, 34, Assistant Professor of Bioengineering, Stanford University Palo Alto, California.

As a child growing up in India, Prakash was a regular science-fair winner with grand dreams of scientific enterprise.

Today, he is working to bring low-cost, cutting-edge scientific tools to schoolchildren and laboratories in every corner of the globe.

Prakash’s small yet powerful design, inspired by a toy music box, costs only $5, and could enable schoolchildren from low-income communities to not only learn about science and engineering but explore and address real-world issues like water quality and contamination.

As part of this vision of reaching more students with the power of discovery, Manu has also created Foldscope, an origami-based paper microscope that costs less than $1. 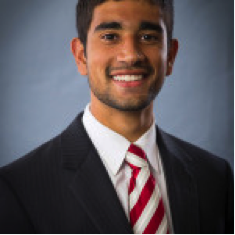 Obama was also impressed by the work of Partha Unnava, 21, of Atlanta, Georgia, who after spending six weeks in crutches, decided that it was time to fix a 5,000-year-old problem.

Better Walk has since participated in the medical device acceleratory program Zero to 510, raised $150,000 in seed funding from venture capital groups, and obtained letters of intent from orthopaedic surgeons who want to bring it to the marketplace.

“So a few minutes ago, a young man named Partha Unnava showed me the letter announcing that commitment-and of course, it was on some metal that was 3D-printed.”

He couldn’t just give me a piece of paper,” he said amid laughter. “It’s harder to file, by the way, but it looks cooler.”

Also invited to the White House Maker Faire was Shubham Banerjee of San Jose, California, who has Banerjee developed a low cost Braille printer, Braigo, using the Lego Mindstorms EV3 set as an accessible solution for blind and disadvantaged people across the globe.