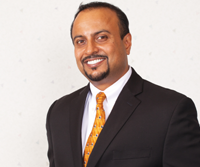 Washington, June 19 (IANS) An Indian-American dentist, whose license was suspended after a patient died while getting implants and 20 teeth extracted, is fighting get his license back.

Dr. Rashmi Patel of Enfield family dental, whose license was suspended in April after 64-year-old Judith Gan died and another almost died under his care, appeared before the State Dental Commission in Hartford Connecticut Wednesday.

“How can any dentist continue to do any dental work on a patient who is in such severe crisis?” asked Department of Public Health attorney David Tilles at the first day of hearings, NBCConnecticut.com reported.

“Any dentist has to recognize these problems, has to respond to protect the patient,” he said.

Investigators allege that in one instance, Patel ignored pleas from his dental assistants to stop working and administer emergency medication to Gan of Ellington, who was having 20 teeth extracted and six implants added.

Gan suffered a heart attack during the procedure. She was rushed to a hospital in Springfield, Massachusetts, where she died a short time later.

Another patient, a 55-year-old man, nearly choked to death on a throat pack while under conscious sedation in December.

Other allegations include claims that Patel has allowed at least five medications to expire.

Defence attorneys for Patel cited by NBCConnecticut.com estimate the dentist has performed anywhere from 50,000 to 75,000 dental procedures throughout his career.

But his decision making surrounding two cases in particular have put his practice and reputation on the line.

Patel’s attorneys argue that the allegations are false and say the evidence and witnesses testifying against him are not credible.

Defence attorney Michael Kogut referred to them as “charges that are unsupported by medical and empirical data.”

Patel spoke briefly following the proceedings and believes that when all the evidence has been presented, he will be vindicated, according to NBCConnecticut.com.

“I feel awful about what Michael Gan and his family are feeling at this point, hearing what happened in the media,” Patel was quoted as saying. “I really want to give my deepest sympathies to them.”

The next hearing is scheduled for July 16.