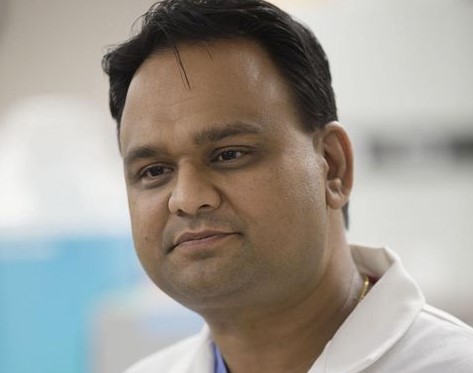 New York, June 8 (IANS) Suspicions in the medical research scandal involving a little known health analytics company grew deeper after the termination of the faculty position of one of the Indian-origin co-authors of studies that were retracted by two influential peer-reviewed journals, including the one by The Lancet on the negative impact of Hydroxychloroquine (HCQ).

Amit Patel was one of the co-authors of both the retracted studies last week – one by The Lancet and the other by The New England Journal of Medicine.

Patel’s affiliation with University of Utah got terminated following the controversy, although the university did not say that the termination was related to the scandal.

“The terminated position was an unpaid adjunct appointment with the Department of Biomedical Engineering,” a university spokesperson was quoted as saying by the STAT on Sunday.

“I had verbally terminated my affiliation with the University of Utah over a week ago and formally this past Friday. It will make it through various media outlets. There is a much bigger story for which I still do not have the information,” Patel said in a tweet.

“And the story is not that I am related to Dr Desai by marriage. That’s old news. Many people from Brigham were at that wedding and the media knew about it. Despite this I still do not have the information of what happened at Surgisphere. But there has to be locals who do,” read another tweet from Patel.

The retracted Lancet study got worldwide attention after the World Health Organisation (WHO) paused trial of antimalarial drug hydroxychloroquine based on results of the study.

The study, which claimed to have analyzed data from nearly 15,000 patients with Covid-19 and 81,000 controls, found that hydroxychloroquine has little benefit in treatment of the disease and instead, increases mortality in patients.

Following the study, more than 100 scientists and medical professionals raised questions about the integrity of data analyzed in the study which was provided by a Chicago-based company Surgisphere.

The other co-authors of the study were Mandeep R. Mehra, Frank Ruschitzka and Sapan Desai who is also the founder of Surgisphere.

After three of the authors could not complete an independent audit of the data underpinning their analysis, Lancet retracted the study.

Surgisphere did not admit any wrongdoing. This is the same company which provided data for the retracted New England Journal of Medicine (NEJM) study.

“Because all the authors were not granted access to the raw data and the raw data could not be made available to a third-party auditor, we are unable to validate the primary data sources underlying our article…,” the authors of the article said.

Twitter users on Monday demanded more clarity on the issues.

“We need to ask Dr Patel & Dr Mehra whether they even saw the full data, who did the analysis. Or they did none of that and simply wrote the paper and lent name for credibility. A criminal investigation into Surgisphere would be the solution to getting answers. Wirefraud,” said one user.

“Hello Dr. Nevertheless many people want to know what really happened. Seems really important to understand what the Surgisphere was and how the data were created… please answer to French journalists….,” wrote another in a reply to Patel.