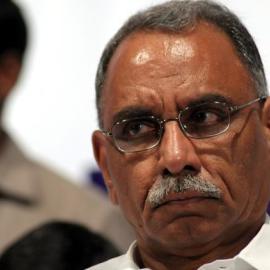 Washington, April 3 (IANS) In an unprecedented case, a Chicago jury has indicted a Congress party Rajya Sabha MP in an alleged international conspiracy to bribe state and central government officials in India to allow mining of titanium minerals.

K.V.P. Ramachandra Rao, aka KVP and Dr. KVP, 65, a Rajya Sabha member from Andhra Pradesh, was indicted by a federal grand jury in June 2013 along with an Indian-American businessman and four other foreign nationals, the Justice Department announced Wednesday.

Rao is described as a Member of Parliament in India who was an official of the state government of Andhra Pradesh and a close advisor to the now-deceased chief minister of Andhra Pradesh, Y.S. Rajasekhara Reddy. Also charged was Gajendra Lal, 50, an Indian national and permanent resident of the US, who formerly resided in Winston-Salem, North Carolina

Under the federal indictment unsealed Wednesday excluding Rao, five of the six defendants are also charged with conspiracy to violate the Foreign Corrupt Practices Act (FCPA), among other offenses.

According to the indictment beginning in 2006, the defendants allegedly conspired to pay at least $18.5 million in bribes to secure licenses to mine minerals in Andhra Pradesh.

The mining project was expected to generate more than $500 million annually from the sale of titanium products, including sales to unnamed “Company A,” headquartered in Chicago.

Only one defendant, Dmitry Firtash, aka “Dmytro Firtash” and “DF,” 48, a Ukrainian national, was arrested March 12 in Vienna, Austria.

He was released after posting 125 million euros (approximately $174 million) bail and has pledged to remain in Austria until the end of extradition proceedings.

The indictment alleges the defendants used US financial institutions to engage in the international transmission of millions of dollars for the purpose of bribing Indian public officials to obtain approval of the necessary licenses for the project.

Lal, also known as “Gaj” allegedly reported to Firtash on the status of obtaining licenses, and recommended whether, and in what manner, to pay certain bribes to government officials.

The indictment also alleges that defendant Periyasamy Sunderalingam, aka “Sunder,” 60, met with Rao to determine the total amount of bribes and advised others on the results of the meeting.

He identified various foreign bank accounts held in the names of nominees outside India that could be used to funnel bribes to Rao.

Rao allegedly solicited bribes for himself and others in return for approving licenses for the project, and he warned other defendants concerning the threat of a possible law enforcement investigation of the project.