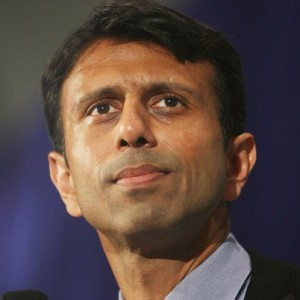 Obama scored a major victory as an estimated 7.1 million people signed up for health insurance under the Affordable Care Act passed in 2010 in the teeth of bitter opposition from the Republican Party, which has since made at least 50 attempts to repeal it.

“So what that under the threat of a government mandate they are able to get to this target of 7.1 million?” said Jindal, a possible contender for the 2016 Republican presidential nomination, Wednesday .

“Forget for a minute, by the way, we don’t even know what those numbers mean,” he was quoted by CNN as telling reporters at a Washington breakfast hosted by the Christian Science Monitor. “We don’t know how many of the folks actually pay their premiums. We don’t know how may of those folks were previously uninsured,” he said.

But unlike other Republican leaders, who have made repealing Obamacare as the law is nicknamed, as their one-point agenda, Jindal revealed his own healthcare proposal.

While Jindal called for a full dismantling of Obama’s health care law saying, “We should absolutely repeal the law,” he also warned Republicans against running against Obamacare without offering a concrete plan to replace it

“There are too many Republicans in this town that say we can run against Obamacare and not say anything else more specific until November because that’s a winning strategy,” said Jindal, a former health policy official in the George W. Bush administration.

“Look, there may be short term tactical reasons that makes sense to a lot of folks, but I think that’s wrong. If we want to earn the right to be in the majority, we have to be the party of specific ideas,” he was quoted as saying.

Jindal’s health care plan, released under the auspices of his policy group, America Next, would set aside a pool of more than $100 billion for states to experiment with health care policy.

He proposed instituting a standard tax deduction for health insurance, promoting the use of health saving accounts to help consumers pay their premiums, and reducing Medicare costs by providing vouchers for seniors to purchase insurance.

Coverage for pre-existing conditions would be guaranteed, he said.

Democrats were quick to pick apart Jindal’s proposals, according to CNN.

“Jindal’s plan is nothing more than a rehash of failed Republican ideas that have been – and will continue to be – rejected by the voters,” said Democratic National Committee spokesman Michael Czin.

Nikki Haley praises India for ‘not backing down’ against China