Atlanta, GA, October 3, 2017: Atlanta’s “amazing spirit” swept Bollywood playback singer Shreya Ghoshal off her feet at her magical concert on August 17, 2017. Despite looming storm threats from Hurricane Irma in Georgia, music lovers showed up in full force  at the Infinite Energy Center, and kept the queen bee of playback singing and her live 40-member symphony orchestra charged as they delivered over three hours of soulful, mesmerizing music.

“I know these are not the best times for the country, but I have witnessed incredible human spirit through my tour,” she said, adding that the Atlanta audience was the best in the country.

The concert, which was brought to Atlanta by Paracha Entertainment, was part of Shreya’s 12-city US tour which was nationally promoted by Shri Balaji Entertainment.

Shreya interspersed her own hits with some of Lata Mangeshkar’s memorable songs from the golden era of Bollywood. Calling herself a lifelong student of India’s nightingale, she even opened with Lata’s Roz shaam aati thi magar aisi na thi (Imtihaan) before dipping into her own vast repertoire with Nazar jo teri laagi main deewani ho gayi (Bajirao Mastani) and Bahaara (I hate Luv Stories). 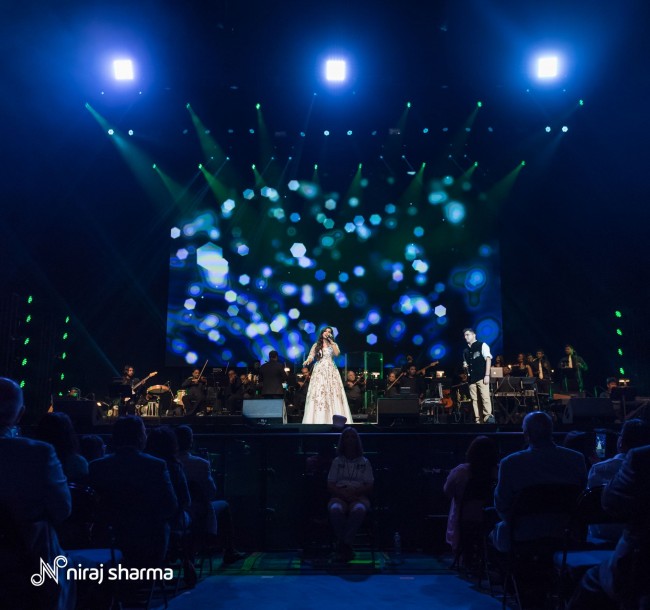 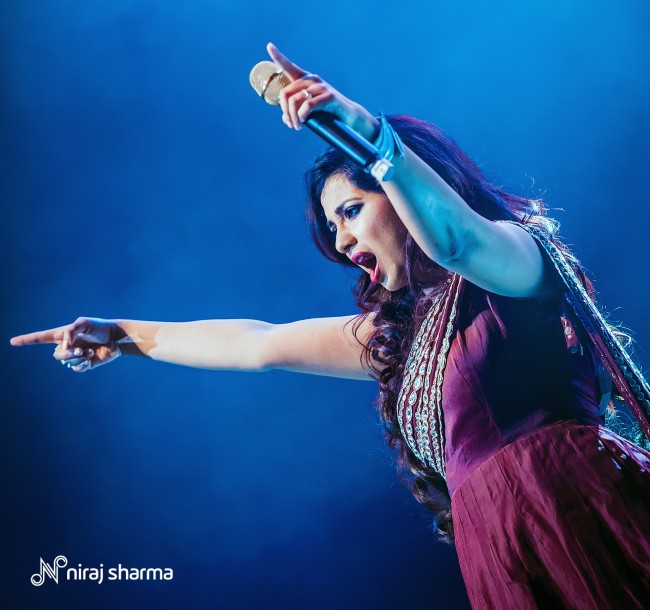 Shreya reminded her fans in attendance that this year marks her 15 years in the industry- a journey of many hits that the audience lapped up as the evening unfolded. Throughout the concert, Shreya interspersed soul with vigor; soft melody with the high octane. Some of her hits included Manva laage (Happy New Year), Pinga ga pori (Bajirao Mastani), Nanna re na na re (Guru), Gheruaa (Dilwale), Yeh ishq haaye (Jab We Met), Oh radha teri chunri (Student of the Year), Chikni chameli (Agneepath), Tujh mein Rab dikhta hai (Rab ne bana di jodi), Teri or teri or (Singh is King).

A medley of songs from her first movie Devdas, with scenes of from the blockbuster on the large screen prompted much dancing on the aisles, as did her closing songs from Aashiqui 2.

Emcee Gurdeep Kaur was a picture of poise as she held the evening’s proceedings together.

Speaking to NRI Pulse after the concert, Atlanta promoter A.R. Paracha of Paracha Entertainment said he finds Shreya to be one of the best artistes he has ever presented.

“Her personality and her complete devotion to music make her a pleasure to work with,” he said.

“Every city was a treat and very rewarding as a promoter, but Atlanta was unique” he said. “I had a candid conversation with Shreya before the Atlanta concert and we talked about the approaching hurricane. We decided to give it all we have. I wanted to give Atlanta a memorable concert, because I had not presented Shreya in Atlanta for four years.”

“A week later, we talked again in Washington DC, and she said Atlanta was the best concert in the entire tour. Everything came together- the production, sound, lighting, and the best part- the audience, which was so in sync with Shreya and kept humming throughout.”

Shreya was so enthused, she didn’t want to stop, Paracha added. “In other cities, she performs 2.30 or 2.45 hours. Here, she performed for over 3 hours!”

Paracha said everything his entertainment company did in Atlanta was beyond what they needed to do in terms of production, venue etc.

A.R. Paracha has been in the business for 30 years and has presented top artistes- from Nusrat Fateh Ali to Jagjit Singh to A.R. Rahman to Broadway shows.

“The love and dedication I have for music and the performing arts motivates me to keep going. It is a gift to be able to do what you love as a profession. I will continue to do it forever,” he said.

His next major presentation is Mystic India, which will be touring the US in April/May 2018.

You need meditation to give life to your life: Archna Didi