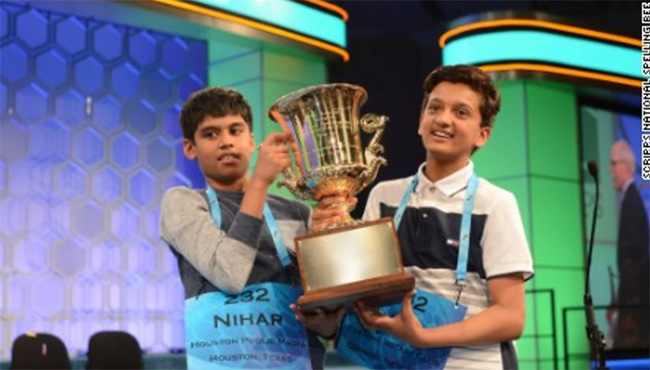 “It was just insane, I don’t even know how to put it in words,” Jairam said.

Twice, it looked as if Jairam would be eliminated, after he misspelled “drahthaar”, a breed of dog, and “mischsprache”, a language. But Nihar missed his follow-up words, which put Jairam back in contention, USA Today reported.

Ten contestants made it to the finals and competed for the title of national champion before a live television audience.

The bee began Tuesday with 284 (boys: 143 and girls: 141) contestants but was pared to 45 Wednesday evening, after a written test and two rounds of onstage spelling.

By Thursday afternoon, the field had been further narrowed to the 10 finalists, who came from California, Colorado, Florida, Indiana, Massachusetts, New York and Texas.