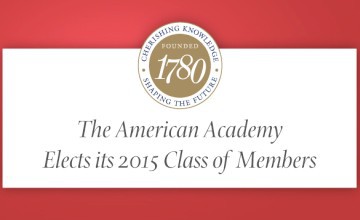 Sangeeta N. Bhatia, 47, a biological engineer at the Massachusetts Institute of Technology, was inducted on the merit of her investigative research into the application of micro- and nano-technology for tissue repair and regeneration.

Ravindran Kannan, 62, serves as a principal researcher at Microsoft Research India, where he leads the algorithms research group.

He is also the first adjunct faculty of Computer Science and Automation Department of Indian Institute of Science.

Renu Malhotra, 54, is an American physicist known for her work on the orbital resonance between Pluto and Neptune.

“We are honored to elect a new class of extraordinary women and men to join our distinguished membership,” said Don Randel, Chair of the Academy’s Board of Directors.

“Each new member is a leader in his or her field and has made a distinct contribution to the nation and the world. We look forward to engaging them in the intellectual life of this vibrant institution.”

Academy President Jonathan Fanton added, “The honour of election is also a call to service. Through its projects, publications, and events, the Academy provides its members with opportunities to discover common interests and find common ground.”

The new class will be inducted at a ceremony on Oct 10 in Cambridge, Massachusetts.

Since its founding in 1780, the Academy has elected leading “thinkers and doers” from each generation. The current membership includes more than 250 Nobel laureates and more than 60 Pulitzer Prize winners.

An orange a day can keep cancer away