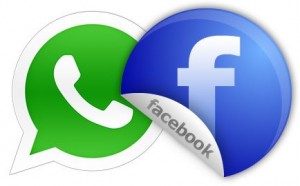 New York, Feb 20 (IANS) In an acquisition move bigger than Google, Microsoft or Apple have ever done, Facebook has announced to buy mobile messaging service WhatsApp for $19 billion.

Facebook CEO Mark Zuckerberg, in a statement released Wednesday, explained why his company is paying $19bn – $12 billion in Facebook stock and $4 billion in cash – for WhatsApp.

“Our mission is to make the world more open and connected. We do this by building services that help people share any type of content with any group of people they want.

“WhatsApp will help us do this by continuing to develop a service that people around the world love to use every day,” explained Zuckerberg.

The deal translates to 9 percent of Facebook’s market value.

In addition to the $19 billion deal, WhatsApp founders and employees would be granted restricted stock worth $3 billion.

According to Zuckerberg, WhatsApp would continue to operate independently within Facebook.

“The product roadmap would remain unchanged. We also expect that WhatsApp will add to our efforts for Internet.org, our partnership to make basic internet services affordable for everyone,” he said.

WhatsApp has more than 450 million monthly active users and Facebook CEO Mark Zuckerberg says it is on path to reach a billion users.

“WhatsApp will complement the existing chat and messaging services to provide new tools for our community,” he noted in his statement.

Facebook Messenger is widely used for chatting with Facebook friends and WhatsApp for communicating with other contacts and small groups of people.

“Since WhatsApp and Facebook Messenger serve such different and important uses, we will continue investing in both and making them each great products for everyone,” he added.

The deal is expected to close later this year.

Google’s biggest acquisition Motorola Mobility was at $12.5 billion while Microsoft’s largest was Skype at $8.5 billion.

Apple has never done a deal above $1 billion.