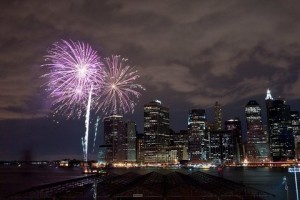 Washington, Feb 21 (IANS) Noting that Diwali has been gaining increasing recognition in the US, six US lawmakers have urged New York City’s education department to include the Indian festival of lights among new public school holidays.

The plea was made in a letter Thursday by Joe Crowley, Democratic co-chair of the Congressional Caucus on India and Indian Americans, along with House members Charles B. Rangel, Grace Meng, Gregory W.

“We appreciate your consideration of school holidays that reflect our diverse city and ensure that students aren’t forced to choose between attending school and observing important holidays with their families,” wrote the lawmakers in the letter to schools to schools chancellor Carmen Fariña.

Diwali is a festival of great significance to millions of Indians and Indian Americans and is widely celebrated amongst the three million-plus Indian-American community, as well as others, noted a media release from Crowley’s office.

Crowley, who represents Queens, an area with a large concentration of Indians, in the House of Representatives led his colleagues in creating the first-ever Congressional celebration in October 2013.

The lawmakers representing New York City said they supported a potential move to recognize Eid al-Fitr, Eid al-Adha and Lunar New Year as New York City public school holidays and urged the chancellor to include Diwali on the list.

For nearly a decade, Diwali has been gaining increased recognition throughout the US, they said.

“In fact, this year the Congressional Caucus on India and Indian-Americans celebrated the first-ever Congressional Diwali, and the White House has recognized the festival under successive administrations,” the lawmakers noted.

In New York City, Diwali is celebrated by countless residents, including Hindus, Jains and Sikhs, they said.

“The majority of New York’s Indian-Americans, which include not only those of direct South Asian origin but also those of Indian-Caribbean heritage, consider Diwali amongst their most significant holidays,” the lawmakers wrote.