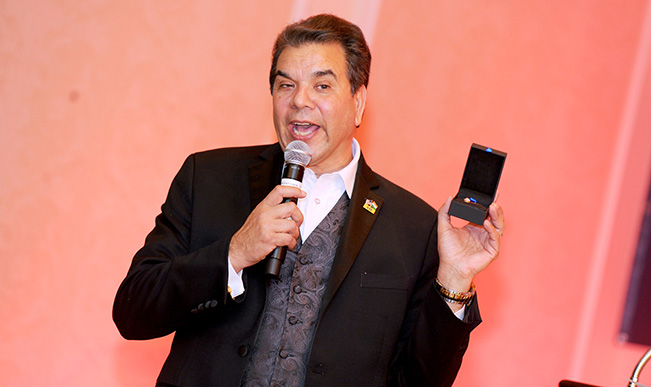 Atlanta, GA, May 7, 2017: The American India Foundation (AIF) raised around $150,000 at its third annual gala held on April 1 at the Atlanta Athletic Club, for its Maternal and Newborn Survival Initiative, MANSI. Eminent contributors in the field of medical sciences, Dr. Pradeep K Sinha and Dr. Jay S. Yadav, MD, CEO of MiRus LLC were honored at the event. 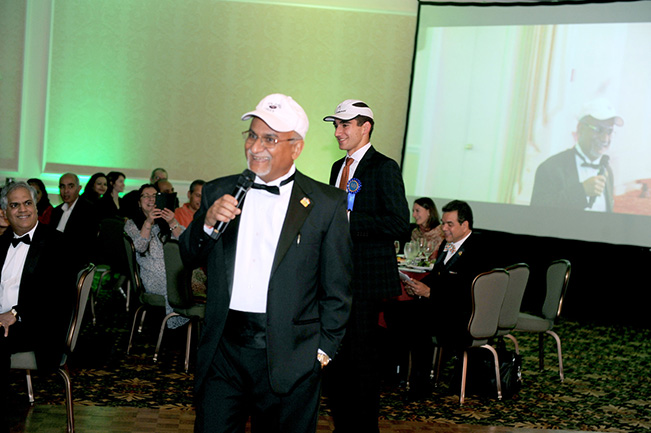 “I love India and I hate poverty. I hate poverty because it is the bane that sucks out the potential of children” said Alex counts, President and CEO of AIF. He talked about AIF’s commitment to catalyze social and economic change in India and building bridges between the US and India through high impact interventions in education, public health, livelihoods and leadership programs. 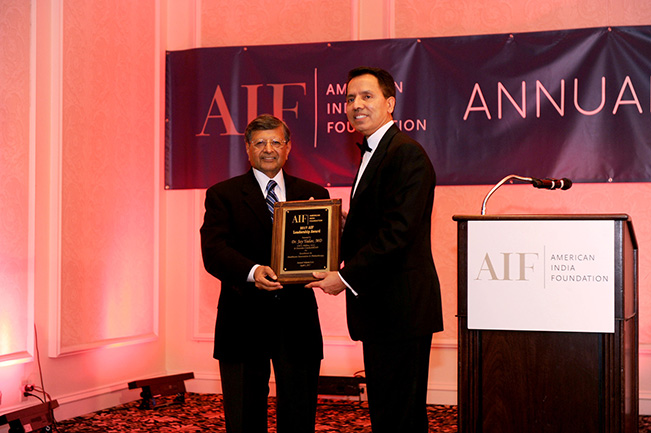 Designed to reduce maternal and child mortality in rural, impoverished areas, MANSI utilizes a public-private partnership model to provide the resources and support required to empower local communities to care for their mothers and children while improving the local health system. “AIF has impacted over 3 million of India’s poor and aims to reach 5 million by 2018” he said. Venky Raghavendra, senior director of AIF detailed the working of MANSI, which provides preventative and curative care for both mothers and newborns all the way from the individual household to government health facilities to ensure new mothers and infants have the care they need to prepare for, survive, and thrive during and after pregnancy.

Addressing global health issues, Dr. Jeffery Koplan pointed out how easy access to worldwide travel, like being able to fly across the globe in a short amount of time can also bear the side effect of carrying diseases along the way.

“In 1850, it took around almost a year to get around the world. Today, you can do it well within 48 hours, which means, you are well within the incubation period for the virus/bacteria to be carried and spread across the world,” he said. Dr. Koplan highlighted the interest in global health studies among students, Emory in particular. He noted that changing health patters in India, such as increase in weight and diabetes, was one of the focal point of global health studies at Emory. He commended AIF’s work in public health adding, “Your work is extremely valuable, extremely appreciated” 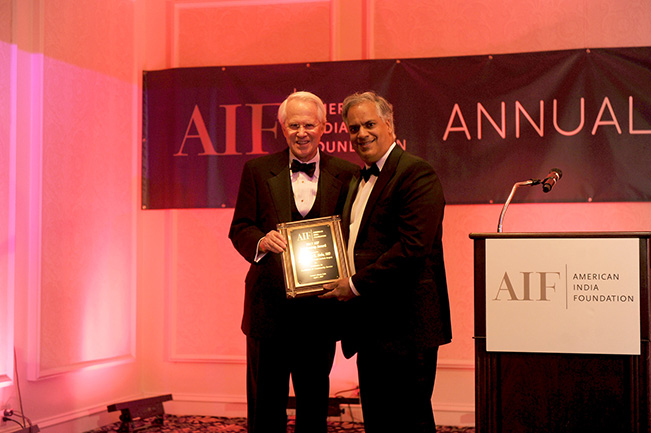 “AIF’s work in India is exceptional” said Dr. Vikas Kapil. He drew focus to the fact that while significant progress has been achieved in almost eradicating polio from the world (only 37 cases last year, he said), the world and India in particular had a long way to go where public health issues are concerned. He saidIndialeads the world in many problem areas such as road traffic injury deaths, burn injury deaths, serious birth defects, air pollution related deaths, child death under age five, among others. Expressing concern over global health security, “Outbreaks can represent risk in any country even if it is not our own. The capacity to deal with them are not great” Dr. Kapil said.

Dr. Yadav is an internationally recognized interventional cardiologist and founder of many successful companies that have improved outcome for heart failure and stroke patients. He serves on the boards of the American Heart Association,TiE, Georgia Bio, GCMI, SEMDA, Beacon College,Westminster School and The Yale School of Management.  His company MiRus designs surgical products for orthopedic and spinal degeneration and deformities.

Honoree Dr. Pradeep Sinha specializes in Otolaryngology and facial plastic and reconstructive surgery. He works with charitable organizations Face to Face where he provides free reconstructive surgery to victims of domestic violence and Face of Honor where he provides free surgery to American military personnel who are injured in combat. Dr. Sinha serves as mentor at TiE and has done work with Clinton Global Initiative, The Atlanta Wine Auction and Akshaya Patra. Dr. Sinha extended his appreciation to AIF’s work stating “Some of the basic aspects of care related to the newborns that are considered routine are missing in the rural pockets of India. AIF is filling that gap through its public health program focused on mothers and newborns.”