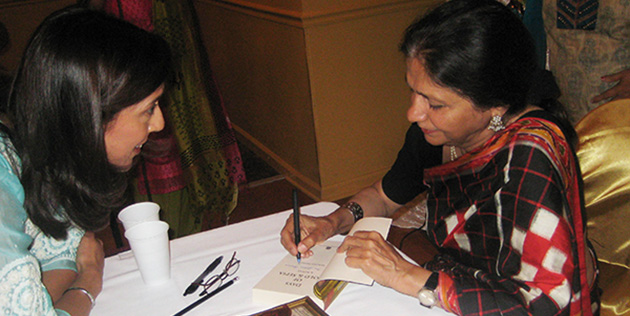 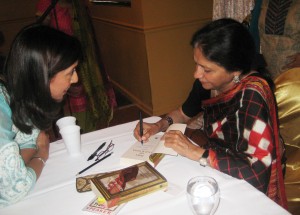 Yasmeen read passages from the book, then took questions from the audience. ‘Days of Gold & Sepia’, her first novel, 20 years in the making, was inspired by the oral stories she heard growing up in the erstwhile Bombay, she said. She credited her mother Shah Chinoy and her mother-in-law Dr Gulbanoo Premji for sharing their stories and inspiring her to write about a time before her own.

“In our days, we used to hear the same stories over and over again. Each time, the story would change, we would hear it differently,” she said. “I wanted to write about a gentler time. Youngsters today have lost the capacity to listen to stories.” This made her wonder if anybody under the age of 60 would read her book.

The author, who is the wife of Wipro’s Azim Premji, serves on the board of the Azim Premji Foundation and is a member of the Board of Governors of the Azim Premji University. Contrary to what one might assume, the novel is not a biography of her father-in-law, but one of her own imagination, inspired by the stories of her childhood.

She wrote for herself, and not for fame or money, she said, and told her family about the book only after she had an acceptance letter from the publisher. ‘Days of Gold & Sepia’ is published by Harper Collins India.

The novel, which is set against the eventful period between the Sepoy Mutiny of 1857 and the fledgling freedom struggle of the early 20th century, involved meticulously researched historical data that had to match with the timeline of the novel. The end result is an old-world, sweeping tale with an epic cast of merchant princes and maharajas, courtesans and soothsayers, pirates, freedom fighters and soldiers of the British Raj; and travels from Kutch, to Bombay to Zanzibar to East Africa. At the center of the novel is the protagonist Lalljee Lakha who rises from humble beginnings in Kutch to amass a large fortune as Bombay’s ‘Cotton King’. 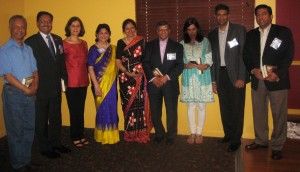 Earlier in the afternoon, The Sheth Family Foundation’s Dr Jagdish Sheth, who is Charles H. Kellstadt Professor of Marketing at the Goizueta Business School of Emory University, introduced Yasmeen Premji to the audience. “It is incredible to see somebody who writes the first time, do such an incredible job,” he said.

Consul General of India in Atlanta Ambassador Ajit Kumar, in his brief address, said when he first came to Atlanta in September 2011, he had the opportunity to meet Azim Premji. “Little did I know I would get to welcome his better half to Atlanta,” he said.

He spoke richly of the Premjis for their philanthropy and their philosophy of giving back, and referred to Yasmeen as a lady of many facets.

UIBS program chair Ani Agnihotri introduced the guests and conducted the proceedings of the afternoon. 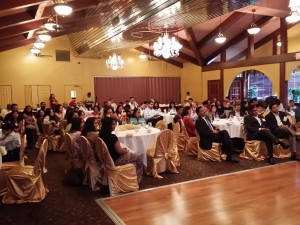