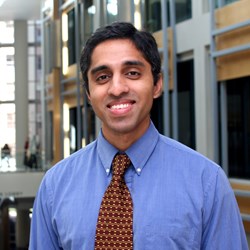 Murthy, 36, who would be the first Indian-American to become “America’s doctor” if confirmed by the Democratic controlled Senate, was an early supporter of Obama and his health-care law.

A physician with the Brigham and Women’s Hospital in Boston and an instructor at Harvard Medical School, he co-founded an advocacy group in 2008 called Doctors for Obama, a national organization of 16,000 doctors and medical students.

At Tuesday’s hearing before the Senate Health, Education, Labour and Pensions Committee, at least one Republican senator said he expected the Brookline doctor to be confirmed by the full Senate thanks to a recent change in the chamber’s rules allowing a filibuster to be overcome with a simple majority.

Murthy told the Senate panel he would focus on community health prevention projects, especially combating obesity, and not primarily on political issues. “The role is not to be a legislator or a judge,” he said. “The role is to be a public health educator.”

Murthy said he believed the surgeon general should focus on areas where there is broad agreement, including prevention of chronic diseases, efforts to curb smoking, and programmes to improve diets.

He also said he would try to work at the community level, recruiting religious groups and even arts organizations into public health education programs.

As the US Surgeon General, Murthy will be the leading spokesperson on matters of public health in the US and the operational head of the 6,500-strong US Public Health Service Commissioned Corps, one of the seven uniformed services including army, navy, air force and marines.

A graduate of Yale University, where he earned a medical degree and an MBA, he will also be the youngest person to hold the office established in 1871.