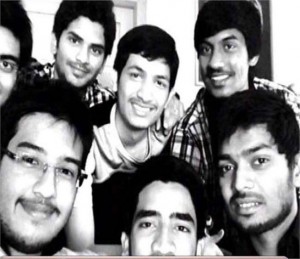 Washington/Shimla, July 2 (IANS) Less than a month after 24 students of an engineering college from Hyderabad were swept away in Himachal Pradesh’s Beas river, a US daily Wednesday blamed the “sand mafia” for the tragedy.

“Millions of Indians have gazed in horror at videos showing 24 cheerful engineering students wading in a tranquil stretch of the Beas river in Himachal Pradesh last month and then being swept to their deaths as the waters around them surged,” the New York Times said in editorial “Erosion of Trust in India”.

The water, it said, was released from a dam upstream, apparently to deposit sand on the riverbed for easy mining. That release, and the drownings it caused, “have been attributed to the `sand mafia’, a nexus of corrupt officials and the sand miners they let loot a basically free natural resource”.

“An essential ingredient in cement, sand has seen its value soar along with the fortunes of India’s equally corrupt construction industry,” the editorial added.

“I visited the spot next day after the tragedy (June 8). A number of link roads along the river were visible there. My question to the government is that who has constructed those link roads,” Dhumal Wednesday told IANS over phone.

He said if the government has not constructed these roads, connecting the National Highway-21 with the riverbed, it’s most likely the handiwork of the sand mafia.

“Why the government has not initiated action against the erring officials who allowed them to dig link roads. The sand mafia is probably behind it but the government is primarily responsible for this disaster,” Dhumal added.

Official sources said various big and small road inlets have been made by the sand mafia along the national highway in Mandi and Kullu districts to reach the riverbank.

Even at the accident site in Thalot in Mandi district, a majority of engineering college students, who were on a holiday trip to Manali, used one of these link roads before they were caught unawares by the surging waters June 8.

“The students, after descending from the main road, reached the bank of the river by using one such path made by the mining mafia for plying tractor-trailers,” said a state mining official.

A hair-raising video, which was shot by a local, showed a tractor-trailer loaded with sand plying in the area when a strong upsurge in the river water carried the students away.

The video, now on YouTube, showed the students standing on the boulders in the riverbed for a picture-postcard shoot with the gurgling river in the background, and then a wall of water suddenly pushing the screaming and howling victims away.

Bodies of 21 of the 24 missing students were recovered till Tuesday. One tour operator is also missing.

More than 50 students and faculty members of the V.N.R. Vignana Jyothi Institute of Engineering and Technology in Hyderabad were on the excursion.