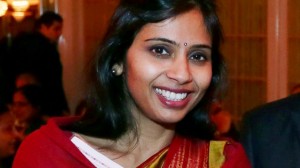 India Tuesday said it has decided to take firm “reciprocal steps” against US consular staff in the country following the end of the deadline for surrendering the identity cards provided to them.

“India has decided to take firm reciprocal steps following the end of the deadline for surrender of identity cards provided to US consular staff in India,” sources said.

The sources said new identity cards, which are replicas of those provided to Indian consulate officials in the US, are being given in lieu of the withdrawn cards.

New Delhi has also decided that no cards will be given to family members of US consular officials, as the same courtesy is not extended to Indians in the US.

India has reacted sharply to the treatment meted out to 39-year-old Khobragade, who was arrested and subjected to strip and cavity search.

India has demanded an unconditional apology and also that charges against the former deputy consul general in New York be dropped.

India also took a slew of steps to pare down the privileges of US diplomats here in a retaliatory measure.

Khobragade was arrested Dec 12 on criminal charges of visa fraud and making false statements about how much she paid her housekeeper, Sangeeta Richard.

In order to ensure her full diplomatic immunity, India shifted Khobragade to the Permanent Mission to the UN in New York.

India Tuesday also said US consular staff will now only be permitted to import their requirements during the first six months on assuming office as is provided in the Vienna Convention for Consular Relations.

Earlier, they were allowed to import their requirements over the three-year period of their tenure.

Sources dispelled as incorrect the news that clearances were accorded for any of requests made for import of duty-free goods since the freeze was announced last week.

Sources said data provided by US schools is being analysed and assessed.

Senior officials, however, dismissed the concerns regarding security of US diplomatic officials in India.

“India takes its obligations under the Vienna Convention very seriously and there has not been any loosening of security.

“There is no change in the security situation and all US diplomatic and consular officials are being provided security as before,” the sources said.