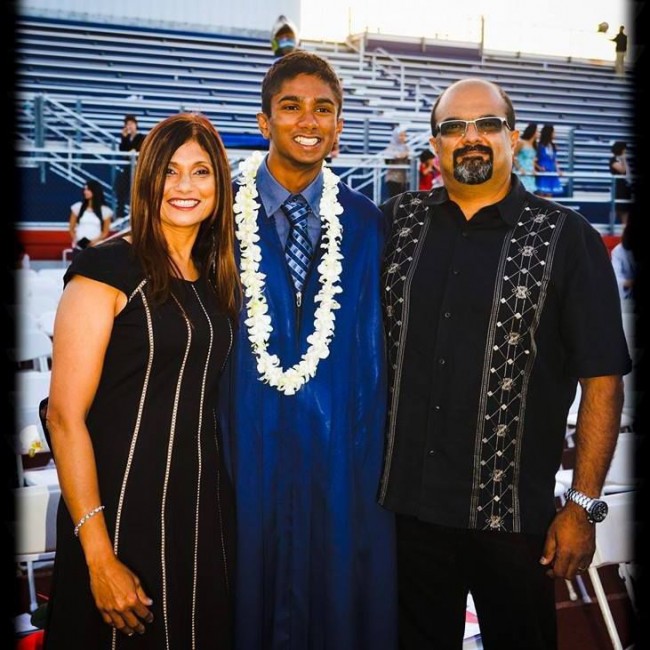 Washington, May 6 (IANS) An Indian-origin couple was shot dead here by their daughter’s former boyfriend in an apparent revenge attack before he was killed by the police in a two-hour standoff.

Prabhu’s daughter Rachel, who lives in another state, was not there at the time of the shooting, which began around 9 p.m. on Wednesday, officials said.

Tatlic also used Rachel’s 13-year-old brother as a human shield during an ensuing two-hour standoff with the police before he was killed.

“The suspect had been in a dating relationship with the victims’ adult daughter (Rachel) who was not home,” San Jose Police Chief Eddie Garcia told reporters.

Tatlic and Rachel ended their relationship last year, but the mentally ill man used to post images on Instagram likening her to the “devil”, according to the report.

“The relationship ended last year. The suspect had a history of domestic violence and there was an active criminal restraining order. We were dealing with someone who was mentally ill,” said Garcia.

Police officers said the incident was reported to them by the couple’s 20-year-old son.

“When officers arrived at the home on Laura Valle Lane they saw an adult man deceased in the front doorway suffering from at least one gunshot wound,” the police chief said.

“Officers learned from the adult son that his mother and 13-year-old brother along with the suspect were still inside the house,” he said. “In addition, the adult son thought his mom had been shot,” the chief added.

A standoff quickly developed with the suspect and a SWAT team was called in, CBS reported.

“As officers were setting up contain and arrest teams, the suspect released the 13-year-old boy,” Garcia said.

“Unfortunately, the suspect refused to surrender,” the police chief said.

“The suspect appeared at (a window at) one point and pointed a handgun at officers. In fear for the lives of fellow officers and victims that still may have been in the house, at least one round was fired by an officer striking the suspect.”

Officers then went into the house and found the two deceased victims and the dead suspect, Garcia said. The mother has not been identified so far.

No other injuries were reported.