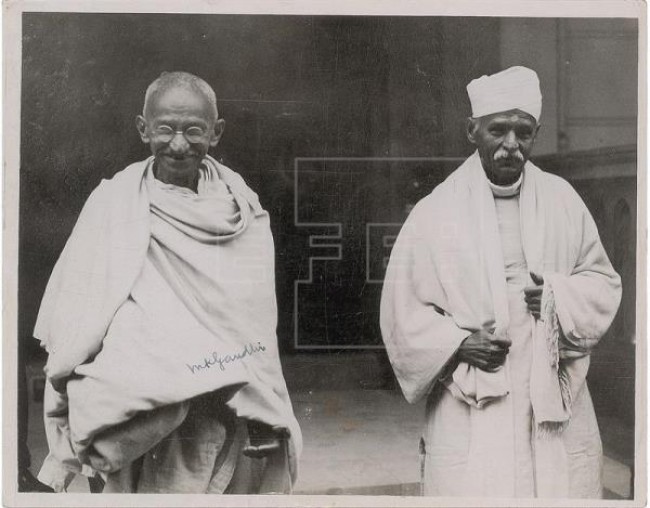 Washington, March 10 (IANS) A rare signed photo of Indian independence leader Mahatma Gandhi fetched nearly $42,000 at an auction in US, while more than $53,000 was paid for an extremely rare letter penned by 19th-century German philosopher and communist theorist Karl Marx.

The September 1931 photo, in which Gandhi is seen walking alongside Indian politician Madan Mohan Malaviya after the second session of India’s Round Table Conference in London, is signed “MK Gandhi” with a fountain pen, Efe reported.

Gandhi who died in 1948 attended the conference, a British initiative aimed at discussing constitutional reforms in India, as a representative of the Indian National Congress party.

“We are not surprised that this giant of the 20th century still resonates today,” RR Auction Executive Vice President Bobby Livingston said of the photo, which was sold on Thursday for $41,806 in Boston.

“On my return from the seaside I found your letter d’d 23 September. You will much oblige me by being so kind as to forward me some of the copies of the ‘Revelations,’ as I have none left,” Marx wrote.

“Marx letters are extraordinarily rare and virtually nonexistent outside of institutions — in almost forty years of business, this is the only one we have ever encountered,” Livingston said.