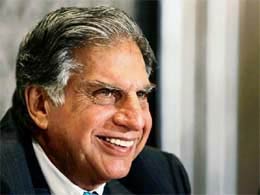 Washington, Oct 7 (IANS) Leading Indian industrialist Ratan N. Tata has been inducted into the prestigious US National Academy of Engineering in the US for his “outstanding contributions to industrial development in India and the world”.

Tata, chairman emeritus of the Tata Group, was inducted as one of 11 new foreign associates of the private, independent, non-profit institution that provides independent advice to the US federal government on matters involving engineering and technology.

Besides Tata, eight Indian-Americans were among 69 new elected members taking the total US membership to 2,250 and the number of foreign associates to 211.

Addressing the annual meeting of the group here Sunday, NAE President C.D. Mote Jr. lamented that talented engineering workforce was not being given desired priority attention in the US.

At just four percent, the percentage of US engineering graduates among all its graduates is 1/3 of the European average (13 percent) and 1/6 of the Asian (India, Japan, China, Taiwan, South Korea, and Singapore) competitor average of 23 percent, he said.

As part of its efforts to push its global reach, NAE has started bilateral “Frontiers of Engineering” programs with India, Germany, Japan, China, and the EU and a new one with Brazil is scheduled for 2014, he said.

The new Indian-American members are: