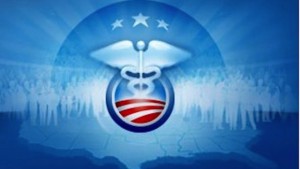 Washington, Jan 1 (IANS) The Patient Protection and Affordable Care Act, a set of health reforms which allow millions of Americans to get health insurance cover for the first time, came into effect Wednesday, BBC reported.

The Affordable Care Act, popularly known as Obamacare, makes it compulsory for people to have health cover – either provided for by their employer or by buying one of the private health plans now on offer.

Those who cannot afford it will get help, but those without any insurance will be fined, the report said.

Under Obamacare, health insurance companies can no longer deny coverage to people with pre-existing conditions, it added.

The website HealthCare.gov, the federal online marketplace serving consumers in 36 states, is key to President Barack Obama’s signature healthcare overhaul aiming to get more uninsured Americans the coverage. The remaining 14 states and the district of Columbia have built their own websites.

But the phased roll-out of the new law has suffered a number of difficulties.

The federal website was plagued with technical glitches when it was launched in October. Besides, insurance companies have also announced the cancellation of millions of policies, saying they did not meet the law’s minimum requirements.

This came despite Obama’s promise that people would not be forced to move from plans they were happy with.