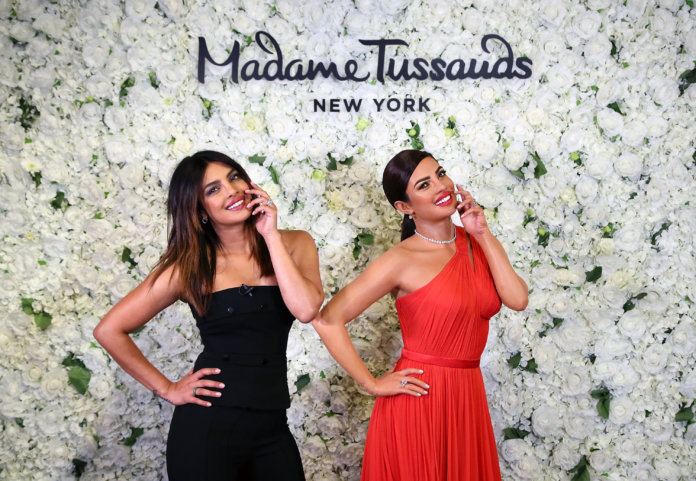 New York, Feb 8 (IANS) Actress-producer Priyanka Chopra has unveiled her wax figure in Madame Tussauds here and says it will be followed by a launch in three other countries.

Priyanka took to Instagram to share the photographs, and opened up about the entire process of how it all was done.

In Instagram stories, she said that the process began six months back, and shared clips showing the team of Madame Tussauds taking her measurements and working together to get the statue done in a perfect way.

She then shared an image where she is posing with the statue, with the caption: “My New Twin”.

In the figure in New York, she is seen wearing a red flowing gown, bringing back memories of her red iconic look from the 2016 Emmy Awards. It also has a bit of sparkle as the figure also sports a replica diamond wedding ring.

“Coming to other locations soon… Four figures — UK, Australia, Asia coming up! Thank you to the Madame Tussaud’s team,” she posted.

The four statues will be launched in London, Sydney and Asia.