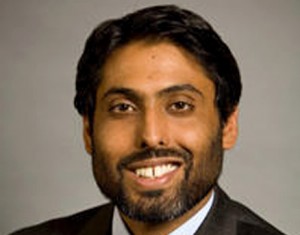 Washington, Feb 22 (IANS) Vikram Singh, a leading Indian-American security expert at the Pentagon, is joining a Washington think tank to oversee its work on national security around the globe, while continuing his focus on Asia.

As deputy assistant secretary of defence for South and Southeast Asia, Singh is currently the highest-ranking Indian-American at the Pentagon.

He will be officially joining the Centre for American Progress (CAP) as the new Vice President for National Security and International Policy in March.

“Vikram is a leading foreign policy thinker of his generation and has tackled the country’s greatest foreign policy challenges during his time at the State Department and the Pentagon.

“As we continue to shape a pragmatic foreign policy strategy over the next decade, Vikram’s insights, sharp strategic mind, and experience will guide our work.”

Before his current appointment at the Pentagon, Singh was the deputy special representative for Afghanistan and Pakistan at the State Department.

He has also served in the Department of Defence as a senior advisor, representing the department in National Security Council policy reviews of Pakistan and the war in Afghanistan.

He later led the development of Pentagon’s post-2014 strategic approach to South and Central Asia.

Prior to his most recent assignments at the Pentagon, Singh served in the Department of Defence from 2003 through 2007 on a number of defence policy issues.

As a fellow at the Centre for a New American Security from 2007 to 2009, Singh published widely on defence strategy, national security policy and Asia.

Singh lived and worked in Sri Lanka while running a Ford Foundation programme on minority rights and conflict in Bangladesh, India, Nepal, Pakistan, and Sri Lanka.

He also reported on the Sri Lankan civil war for the Voice of America. He holds degrees from the University of California, Berkeley, and Columbia University.