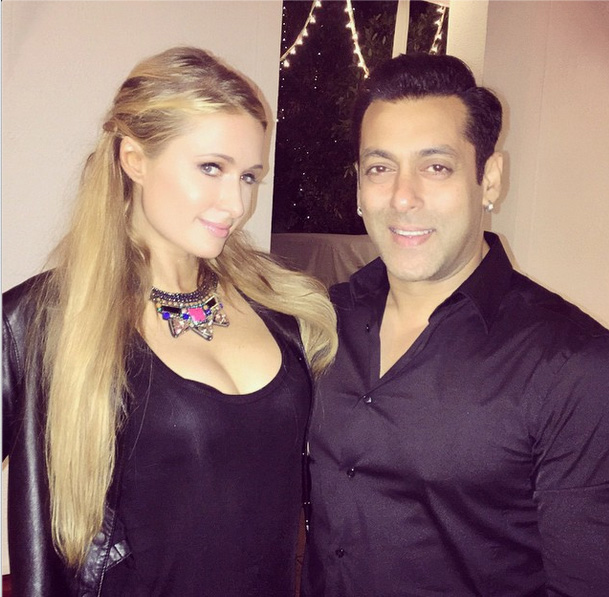 “Finally after 24 hours of traveling, I’ve finally made it to my final destination of the trip. Pune, India. So tired & jetlagged!,” she tweeted Monday.

The 33-year-old socialite took to social networking websites to share her photograph of a party held Monday.

She captioned it: “#GoodTimes in India with my friend @BeingSalmanKhan”.

The duo is seen in black ensemble in the photograph.

Singer Mika Singh was also present at the party and he posted a string of photographs with Salman and socialite.

“Let’s party of the year for my brother, the one and only Bala…Ready to tear the stage up with pretty @ParisHilton,” he tweeted.

“Gm:) had a great party with @BeingSalmanKhan & beautiful @ParisHilton at Balas birthday Guess what salman is doing?,” he further posted.

It’s not the first time that Bollywood has caught Hilton’s fancy. She had earlier praised “Bang Bang!” star Hrithik Roshan and expressed her desire to work with him.