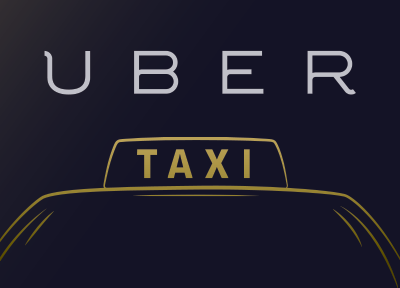 Washington, Dec 10 (IANS) US-based online ride-sharing service Uber, in the eye of a storm over the rape of a passenger in New Delhi by one of its commissioned drivers, ran into more trouble worldwide besides its home turf.

Prosecutors in Los Angeles and in San Francisco said Tuesday they were filing a suit against the San Francisco based service, alleging false and misleading statements to consumers, according to USA Today. At the same time, the prosecutors said they had reached a settlement with Uber’s rival service, Lyft, in a consumer protection action. Lyft agreed to pay $500,000 in civil penalties.

San Francisco District Attorney George GascÃ³n and Los Angeles County District Attorney Jackie Lacey jointly announced the actions in San Francisco. “Uber continues to put consumers at risk by misleading the public about the background checks of its drivers and its unwillingness to ensure that correct fares are charged,” Lacey was quoted as saying.

Portland, Oregon’s largest city Monday filed a lawsuit Monday to shut down Uber there just days after the launch of its low-cost UberX service in defiance of city officials. The lawsuit, filed in the Oregon Circuit Court, claims Uber is operating in violation of Portland city regulations and asks the court to order Uber stop operations, CNet reported.

Ride-sharing apps have been hit with cease-and-desist orders in Pennsylvania and Virginia, and resistance to Uber and Lyft has also heated up in New York, San Francisco, Chicago, Washington, DC, Denver, Miami and Los Angeles, it said.

Meanwhile, according to the New York Times, Spain and Thailand Tuesday ordered the ride-sharing service to cease operations.

In Madrid, a commercial court judge sided with a taxi association complaint, while in Bangkok, Thai transport authorities ordered Uber to shut down after finding that its drivers lacked the registration and insurance needed to operate commercial vehicles.

Also on Monday, a Dutch appeals court upheld that Uber drivers who transport passengers without a taxi license are violating Dutch law, the Times said.

The court said the company would be subject to immediate fines if it continued to operate its UberPop service, which enables any licensed driver with a car and Uber-issued device to pick up passengers.

Earlier in September, a Frankfurt court barred UberPop from operating in Germany, the largest market in Europe, until a case could be heard on its compliance with competition rules, Times said.

On Friday, a court in Paris is expected to decide whether to shut down the service in France, it said.