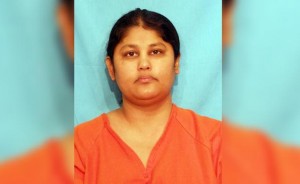 Washington, Feb 4 (IANS) The husband of an Indian-American woman charged with the murder of their son in Texas has cited medical records to claim that his wife did not kill their 10-year-old child.

Sumeet Dhawan told local WFAA-TV (Channel 8 ) that his 38-year-old wife Pallavi Dhawan put their son Arnav’s body in the tub so that the father can say goodbye, a practice in the Indian culture, according to Dallas News.

“(Pallavi) knew he was no more. I think she realised she should have called the cops. And after a while, she realised she could not handle the situation. So maybe, I should come handle it,” he said.

Police responded to a welfare call at the family’s home in Frisco, Texas, last week and found the boy in the tub. Dhawan told police that he was away on business.

He told police that his son had medical problems including seizures. The Collin County medical examiner’s office has not ruled on the cause of the death, pending the results of a toxicology report, Dallas News said.

Police said the mother confessed to killing the boy by nodding her head when they asked her.

The family’s attorney, however, said the nod was not a response to a question on whether she had killed him.

Dhawan told Channel 8 that he went to Frisco police Monday to get medical records that were left in the family car, Dallas News said.

He also said he wants the car back because it reminds him of his son.

“(Arnav) loved the car. I remember every time I used to sit in that car he would say, ‘Daddy, please increase the volume’. That’s the reason I want that car,” he said.

A candlelight vigil will be held outside the family home Wednesday evening. Dhawan said people are flying in from India to mourn Arnav and show support for the boy’s mother.