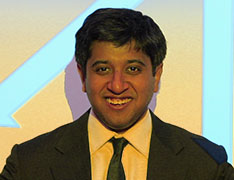 New Delhi, Feb 7 (IANS) Arnab De, an Indian scientist working at Columbia University in the US, claims to have found a new biological pathway that holds hope for cancer cure.

De also claims to have discovered a previously unknown biological pathway that is essential to fight off infections caused by bacteria and viruses. He says he has developed a transgenic animal model, an animal in which there has been a deliberate modification of the genome that could be used to study the role of A20 gene for cancer cure.

“I have created a transgenic mouse to study the action of A20 (gene) in living animals. “It will help to understand the mechanism by which A20 works in healthy individuals and patients,” De, a postdoctoral scientist at Columbia University, told IANS over phone from the US.

He said that “A20 is a tumor-suppressor and this one gene is dysfunctional in a number of different cancers”.

“For example, we find that patients of both B cell lymphoma and lung cancer have mutations in this gene, although at different places along the gene. We cloned stem cells having a single active amino acid mutation of A20. We then injected these bioengineered stem cells into blastocysts and subsequently generated transgenic knock-in animals from these stem cells.

“Previous understanding of A20 would have predicted the development of the various diseases in these animals. Surprisingly, these animals developed normally and had a healthy life. It is obvious to see why the work has important ramifications for cancer patients,” said De.
He was involved in the two high-profile projects and has worked with internationally reputed Indian-American immunologist Sankar Ghosh.

De, who completed his PhD from Columbia University, is a cricket aficionado and has chosen to dedicate his thesis to Indian batting legend Sachin Tendulkar.

“Sachin Tendulkar is the greatest batsman of the post-war era and holds every record that we can imagine. I dedicate this thesis to Tendulkar for the way he has inspired Indian youth for the past 25 years.”

Arnab has also helped in a drug-discovery at Indiana University where he worked with Richard DiMarchi, a professor.