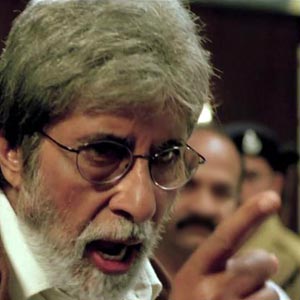 Mumbai, May 2 (IANS) Megastar Amitabh Bachchan is furious with some social media users who have accused him of trying to garner “publicity” by writing about the victims of Nepal’s devastating earthquake on networking platforms.

The 72-year-old actor has been active on micro-blogging website Twitter, social networking website Facebook and blog, with appeals for help for Nepal relief. But to some, it has appeared to have been done with an agenda.

This has infuriated Big B, and he took to his blog to post: “Some other in the other medium slither in the scum of incognito ed garbage, and wish to learn what I do in capacity of help and care to those that remain stranded and scarred, blemished by nature, as it shakes in its slumber.

“They comment I write about it for comment and sympathetic publicity. IDIOTS! They need to be sent to the tube for long hours of investigative procedures, and made to languish in that odoured ‘keechad’ that colours their insides.”

The “Zanjeer” actor admitted that the words chosen by him are harsh, but said it was needed to correct those, who were calling his noble motive a mere publicity gimmick.

“There is a distaste in my words today, my apologies. At times it is time for it. I would not hesitate to deliver what to me would mean and spell anger and beyond. No no no… That is not right, nor correct… It is self destructive… No… I am not that… I never was… I never shall… forgive… forget…” the “Shamitabh” actor said.