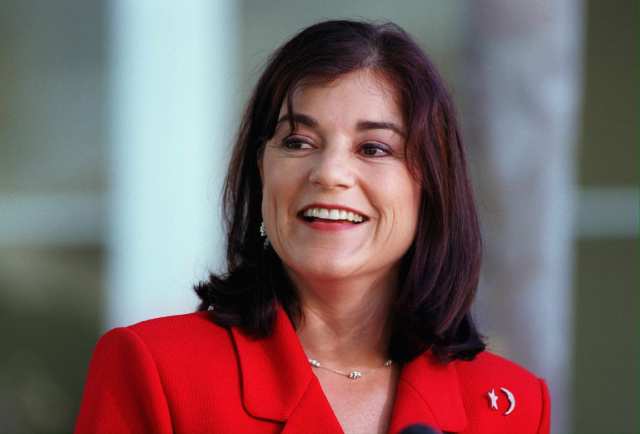 Washington, May 18 (IANS) Wooing Indian Americans, a veteran US house member making a bid for the Senate has landed herself in racial hot racial with a gesture mocking native Americans – or American Indians.

California Democrat Loretta Sanchez, who is opposing the state’s Indian-American attorney general Kamala Harris for the party’s nomination for a 2016 Senate run, was caught on cell phone video raising her hand to her lips to make a typical native Indian ‘war cry.’

In talking about how she was confused about an upcoming meeting with an Indian American, she said: “I’m going to his office, thinkin’ that I’m gonna go meet with woo-woo-woo-woo, right? ‘Cause he said ‘Indian American.'”

Many in the audience at the Indian-American caucus in Anaheim reacted with silence, CNN reported. Uduak-Joe Ntuk who shared the video with CNN affiliate KCRA, said many in the room, including him, found the gesture offensive.

“I was shocked and appalled that she would make the disparaging comments about Native Americans that way,” he said. “It’s just very undemocratic.”

Asked about the gesture Harris said: “I don’t know what to say to that,” she laughed, “except that…that’s shocking. That’s shocking.”

Back in 2010 too Sanchez, who has been a House member since 1997, let loose on Spanish-language TV that the Vietnamese community was teaming up with Republicans to take her congressional seat. She called her opponent, Republican Van Tran, “very anti-immigrant and very anti-Hispanic,” the Sacramento Bee reported. Tran called the comments racist.

A decade earlier, Sanchez arranged for a fundraiser at the Playboy Mansion, and fellow Democrats were displeased with the potentially sexist scenery, it said.