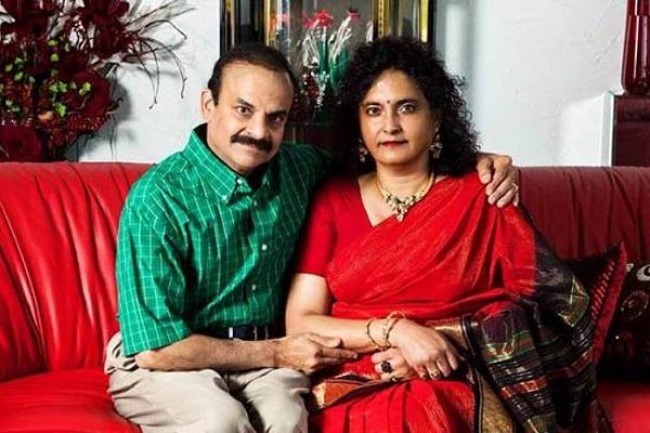 Vijayawada, July 12 (IANS) An Indian-American doctor couple, hailing from Andhra Pradesh, was killed when their private plane crashed in the US state of Ohio.

According to information reaching their home town Machilipatnam, Umamaheswara Kalapatapu, 63, and his wife Sitha-Gita Rajyalaxmi Kalapatapu, 61, residents of Indiana, US, were killed in the crash on Saturday.

News of the death has caused grief among relatives and friends in Machilipatnam.

The couple was on their way to Washington.

Umamaheswara was piloting Piper Archer PA-28, which crashed around 10.30 a.m. Rescue workers found the wreckage near the village of Beverly in southeastern Ohio.

The couple were psychiatrists and run Raj Clinics in Indiana. While Umamaheswara was born in Machilipatnam of Krishna district, Rajyalaxmi was a native of Guntur district.

Their death sent shock wave among relatives and friends in Machilipatnam. Umamaheswara was son of Appa Rao, a lawyer in the town.

The couple has no family members in the town but the relatives and friends were grieved upon learning about the tragedy.

They recalled that Umamaheswara studied up to Class 12 in the town. He studied medicine in Guntur. While doing MBBS, he married his classmate Rajyalaxmi. After the marriage, they moved to the US and settled in Indiana.

Rajyalaxmi hailed from a family of top musicians and herself used to play the veena.

She had many friends among musicians of the Telugu film industry. Her husband was a gifted photographer. He was recognised as a professional photographer by the Professional Photographers of America.