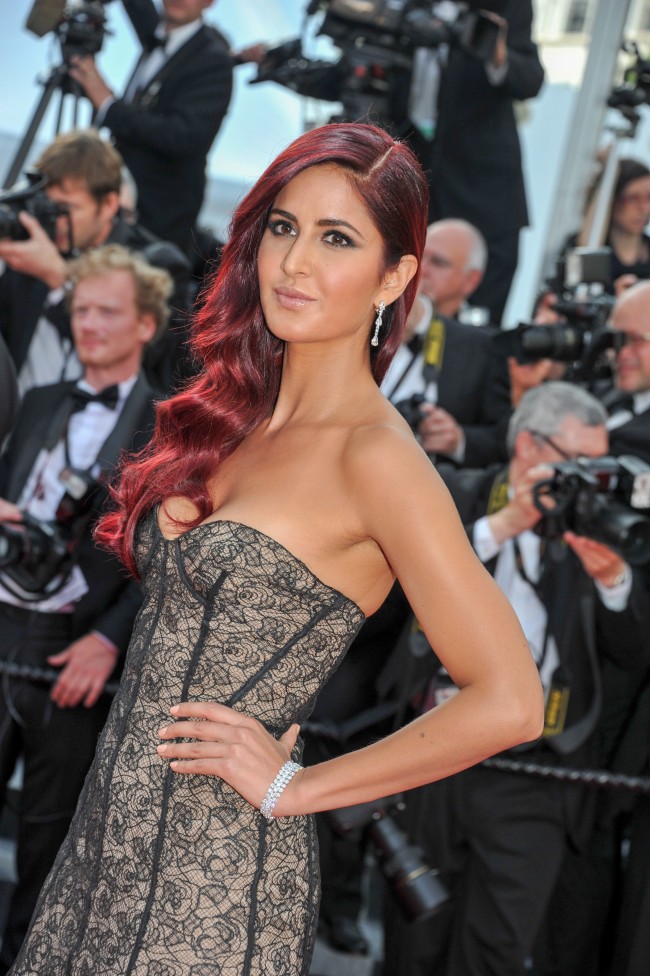 New Delhi, May 21 (IANS) Katrina Kaif’s red tresses caught more eyeballs than her monochrome and scarlet ensembles at the 68th Cannes International Film Festival. Bollywood’s glamour girl, who had ditched her dark hair for new film “Fitoor”, says she experienced jitters before stepping into a salon for the makeover.

Helmed by “Rock On!!” fame director Abhishek Kapoor, the film, an adaptation of Charles Dickens’ famous novel “Great Expectations”, will present Katrina as a redhead. The idea was all thanks to the director.

“At the same time, we both thought… this character… would be something fiery and new. We both instantly agreed on this and decided to colour the hair red,” Katrina, who was in Cannes as the L’Oreal Paris brand ambassador, told IANS.

“He was super excited about it and I was very nervous, because colouring the hair can be a little scary or damaging, especially when you have long hair. So, I did a lot of research. I thought of where to go and how to do it. In the end, it came out really nice. I am happy,” she added.

The 31-year-old actress, who has her roots in London and has been working in Hindi filmdom since 2003, went to the British capital’s hair expert Daniel Galvin, who has worked on tresses of celebrities like popstar Madonna and the late Princess Diana.

“He is a well-known hair colourist… It took a day and a half to colour my hair. I sat for eight hours on the first day, and then went back to the salon next morning,” said the “Bang Bang!” star, who at one point in her career, delivered six back-to-back hits.

The reason why Katrina went with her red look to Cannes was because the shooting of “Fitoor” is yet to be completed.

Also, it’s not just the hair she has experimented with for the film, which is “classic in visual” with a modern story. Even her clothes are different!

Katrina, who has donned almost everything – from Patiala suits to saris to corset bodysuits – in her films, will be seen sporting a voluminous long skirt with neatly tucked in shirt in one sequence of “Fitoor”.

Talking about her clothes in the film, Katarina said: “Every film has a different requirement. This one is classic in visual, but the story is modern. It’s a different take on a love story. The director was clear on the way he wanted the girl to look like. Anaita (Shroff Adajania) is the stylist. She has done a great job. I worked with her in

Apart from the look, she also had a good time shooting in the capital earlier this year.

“We shot in Humayun’s Tomb. It is a beautiful location. We did some amazing stuff there. We also shot on the highway and at the Imperial Hotel,” said Katrina, who is happy filming anywhere as long as she is working with a good team and in a good film.

She’s glad she shares a “nice comfort level” with the “Aashiqui 2” star.

“I had seen ‘Aashiqui 2′. I think he did a lovely job in it. He was nice in the film and we know each other through our friends’ circle in Mumbai. I know him from that group so, I’ve seen him and met him quite a few times. There is a nice comfort level,” said Katrina, who has “trust and faith in a director’s vision”.

I'm not anyone to comment on Ranbir's ups, downs: Deepika