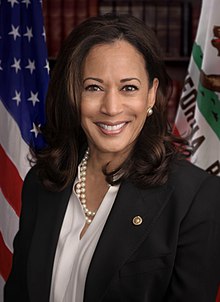 San Francisco, April 15 (IANS) Democratic presidential candidate Senator Kamala Harris, who is of Indian and Jamaican descent, has released 15 years of her tax returns, showing that she and her husband earned almost $1.9 million in 2018, the media reported.

The returns released on Sunday showed most of the adjusted gross income of $1,884,319 in 2018 reported by Harris came from her husband Doug Emhoff’s earnings as a lawyer, reports The Washington Post.

Harris reported $157,352 in Senate salary and $320,125 in net profit from the memoir she released before announcing her campaign.

The returns covered every year that Harris, a former attorney general of California and district attorney of San Francisco, has served in elective office.

Harris and Emhoff have filed jointly since they were married in 2014. Emhoff has reported more than $1 million in income in every year since, and the couple has paid more than $2 million combined in federal taxes.

Harris’s income has been relatively consistent since she began serving as San Francisco’s top prosecutor in 2004, then as attorney general from 2011 until 2017, the year she joined the US Senate.

Warren has released 11 years of her returns, Gillibrand and Klobuchar 12.

Harris’s household income places her in the upper tier of candidates who have shared their returns so far, The Washington Post reported.