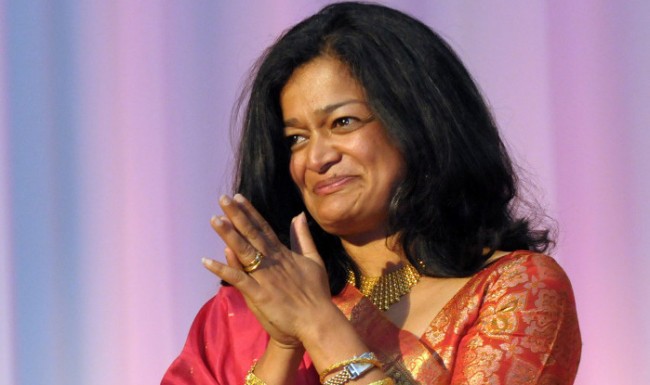 New Delhi, May 12 (IANS) A US Congresswoman of Indian origin has cautioned the Donald Trump administration against hasty changes in the H1-B visa regime, saying this should be done via the legislative route rather than through a presidential executive order.

Representative Pramila Jayapal (Democrat, Washington), now in India as part of a US Congressional delegation headed by Leader of the Democrats in the House of Representatives Nancy Pelosi, believes that there is bipartisan support for continuing the H1-B visa program “perhaps with some changes”.

She is also hopeful that the Trump administration will continue to prioritize India though there are concerns about the growing process between the US and China and US and Russia but she feels that India “should be right in there”.

“You can’t just stop processing when people have been waiting in line for three years to get those H1-Bs and then put a barrier there and then say you are not going to get these…,” Jayapal told IANS in an interview.

“There has to be a thoughtful roll-out to any changes we might want to make to the H1-B programme and really it should come from Congressional authority, not from the President’s executive orders,” she said.

Her comments come after President Trump signed the “Buy American, Hire American” executive order last month to bring in major changes regarding the H1-B visa programme, including closing loopholes for immigration fraud and a shift from the current lottery system to a mechanism that favours higher-paid and higher-skilled workers.

Indian IT companies are likely to be badly affected if the rules are brought in.

Stating that every country has to make sure that it is taking care of its workers, Jayapal, however, said that the H1-B visa program “is incredibly valuable”. She said that there has been some abuse of H1-B visas and that needed to be addressed.

“But I really do believe that there is a lot of bipartisan support for continuing the H1-B visa programme, perhaps with come changes,” the Chennai-born former pro-immigration advocacy activist.

Stating that she is on the immigration sub-committee that is chaired by Jim Sensenbrenner (Republican, Wisconsin), who is also a part of the visiting delegation, she said: “He (Sensenbrenner) raised the issue of H1-Bs in an internal meeting and you know, I think again that there is a lot of support for an H1-B programme that provides opportunities for Indians to come to the United States, provides opportunities for them to stay and also benefits India and Indian companies.”

Regarding India-US ties following the transition from the Democrats to the Republicans in the White House, the Congresswoman said she hoped that the Trump administration would continue to prioritize India.

“We were so proud of President (Barack) Obama at many levels but certainly the fact that he prioritised US-India relations was a huge benefit I think to the United States and to the world and I think probably those relations between India and the United States were never better in the last few years,” she said.

“We very much want this administration to continue to prioritize this relationship. We hope that they appoint an excellent ambassador (to India) very soon.”

Jayapal said that apart from diplomatic ties, “there are independent economic relationships that have been established regardless of which administration is in office”.

Asked about Trump’s policies on South Asia and Indian Americans, she said that there are now five Indian-origin members in the US Congress — Senator Kamala Harris and Representatives Raja Krishnamoorthi, Ro Khanna and Ami Bera, apart from her.

Regarding Trump’s comments last month that countries like India, China and Russia have done nothing on climate change, she said that during the visiting delegation’s meeting with Foreign Secretary S. Jaishankar, the latter said that this was not just a negotiation, it was a deep belief that India has that it must address climate change and the effects of climate change.

“I don’t think that India will back away from that, from taking on the climate question,” she said.

Asked about China’s criticism of the Congressional delegation’s meeting with the Dalai Lama, she said that “we know that China would not be happy”.

“It has not changed our resolve to really make sure that we address the issue of an autonomous Tibet and the United States I think in a bipartisan way continues to be deeply committed to speaking for autonomy for Tibet and the ability to practice their religion and their culture and their philosophies freely.”

Asked about Washington’s position on Beijing’s One Belt One Road initiative, Jayapal said that Foreign Secretary Jaishankar informed the delegation that while it was seen as an investment, many of the Chinese investments were actually in the form of loans to governments and not grants.

“So we are looking to see how that rolls out,” she stated.