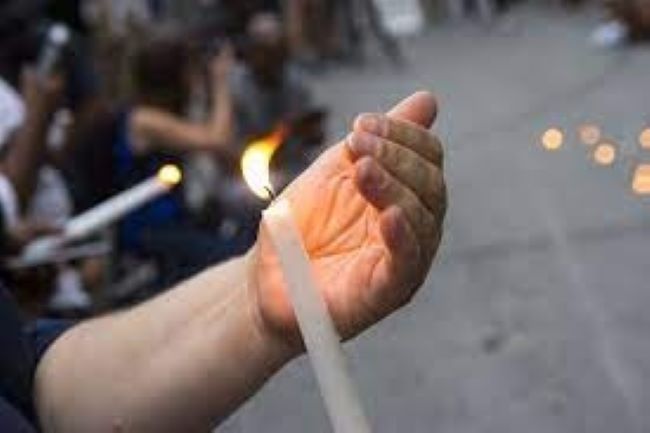 New York, Jan 12 (IANS) More than 200 people held a candlelight vigil in McKinney, Texas, in the memory of a nine year-old Indian-origin boy who was allegedly stabbed to death by his father last week.

Subramanian Ponnazhakan, 39, was booked on capital murder charge and his bail was set at $1 million, the McKinney Police said.

“What can a nine-year-old do to deserve this? I feel really bad,” Suroma Sinha, who attended the vigil at Hughes Elementary told WFAA, a Dallas-based news channel.

A lot of people who left flowers, stuffed toys and notes at the venue said they want people to know that help is available, and that “humanity still lives”.

“From the father’s perspective… emotionally something went wrong,” Vijay Ranganathan, a resident, told the news channel.

Police said they got a call from a neighbor last week who said that a woman had found her son “unconscious and bleeding” inside a home near Highway 380 and Custer Road.

When officers entered the house “forcefully”, they found the woman’s husband in the act of inflicting self-harm with a knife for which he was admitted to a hospital.

The boy, who was the only son, was found with multiple stab wounds in the garage, and was pronounced dead on the spot.

Police said that further investigations are on in the case.

“We continue to keep the child’s mother and their entire family in our thoughts and prayers during this unspeakably difficult time,” a McKinney Police Department spokeswoman had said.