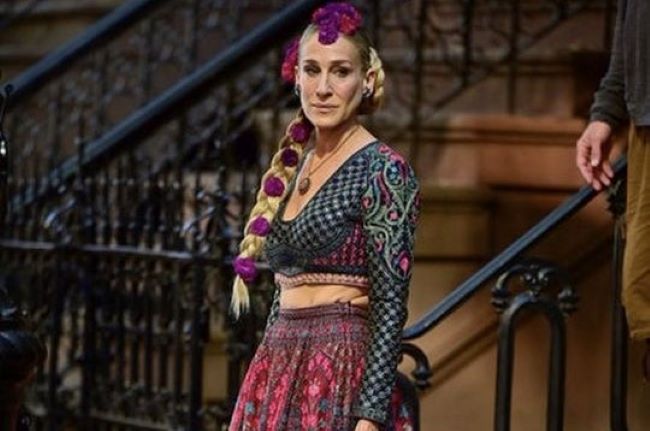 New Delhi, Jan 9 (IANS) In a recent episode of the reboot of the cult classic ‘Sex And The City’ christened ‘And Just Like That’, actress Sarah Jessica Parker was seen sashaying a lehenga by Indian designers Falguni and Shane Peacock.

The actress kind of had an oops moment in the episode, where she called the Indian attire a saree.

In an episode revolving around the festival of Diwali, Sarah’s iconic character Carrie Bradshaw wore a Falguni and Shane Peacock lehenga and called it a saree in the show, which is known for dressing the actresses in some of the most iconic and memorable ensembles.

In the episode, Seema, played by English actress with Indian roots Sarita Choudhury, invites Carrie to her intimate family Diwali party and takes her shopping to a luxurious Indian boutique in New York.

She completed her look with a floral mohawk for the Diwali party.

In the episode, Carrie was also seen getting surprised when Seema talks about Diwali, the festival of lights celebrated by Hindus across the globe.

Carrie sports the Falguni and Shane Peacock ensemble and calls it a “saree”.

Another interesting thing is that the show plays the track ‘Humma Humma’ by Oscar-winning music director A.R. Rahman as the actress steps out of her apartment building.

Get Your Sparkle On This Festive Season