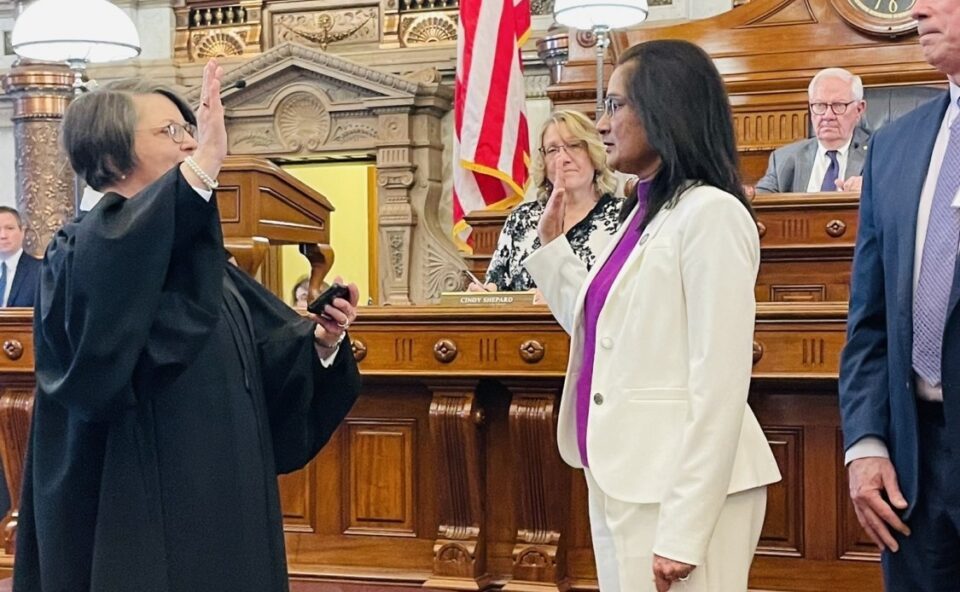 Reddi, who has served on the Manhattan City Commission since 2013, was appointed by Democratic precinct leaders in Riley, Geary and Clay counties.

“I was sworn in this afternoon as State Senator for District 22. It was great to have my family join me today. I look forward to representing you,” Reddi tweeted after taking oath on Thursday.

Reddi will complete the remainder of Senator Hawk’s term, which expires in 2025.

“Thank you, Senator Tom Hawk for your dedicated service. You lead with sincere love for community and built strong relationships along the way. Enjoy your well-deserved retirement,” Reddi wrote in a tweet.

She was first elected to the Manhattan City Commission for a four-year term in April 2013 and re-elected in 2017 and 2021.

Her family immigrated from India to the US in 1973, when she was eight years-old.

She was raised in Columbus, Ohio, along with her two brothers.

“Many of us have known Usha in her capacity as a community leader for years now, and we look forward to bringing her into the fold when she joins us as a legislative colleague next week,” Senate Democratic Leader Dinah Sykes told ksn.com.

Sykes added that she is eager to use Reddi’s strengths in the Legislature to help move Kansas forward Manhattan resident for more than 28 years.

She taught 1st grade for over 10 years and received the Elected Women of Excellence Award from the National Foundation of Women Legislators in 2020.