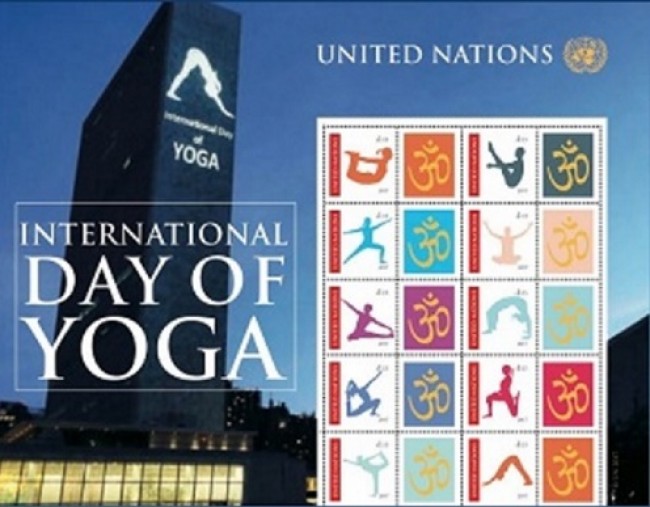 United April 19 (IANS) The UN Postal Administration (UNPA) is issuing a set of stamps showing 10 yoga asanas (poses) to commemorate the International Day of Yoga on June 21 in New York.

The 10 stamps of $1.15 denomination each depict a different yoga pose next to a large ‘Om’ in Devanagri script.

The stamps are on a single sheet with a picture of the UN Secretariat building that has International Day of Yoga projected on it.

In 2016, the UNPA issued a stamp in honour of M.S. Subbalakshmi, the classical Carnatic music singer, to commemorate the 50th anniversary of her 1966 concert at the UN.

The UN stamps can be used for posting letters and packages internationally from UN facilities in New York, Geneva and Vienna.

However, the yoga stamps would be issued only in the US dollar denomination in New York.