New York, May 29 (IANS) Two Indian-origin women have made it to the Forbes list of America’s 50 most successful and self-made women. 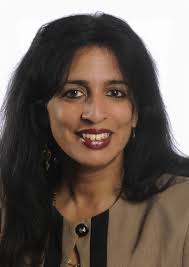 Elizabeth Anne Holmes, CEO of blood diagnostics company Theranos, tops the list with a net worth of $4.5 billion

According to Forbes magazine, “to be eligible for this list, women had to have substantially made their own fortunes. In cases where they started businesses with, and still share with, their husbands, we’ve assigned them half of that combined wealth”.

Neerja Sethi, an entrepreneur, is an alumnus of Delhi University and co-founded an IT consulting and outsourcing company, Syntel, with her husband, billionaire Bharat Desai in 1980.

“In its first year, the company only brought in $30,000 in revenue. Today, its market cap is well over $3 billion, and it has 24,000 employees worldwide,” Forbes stated in her profile.

“Sethi served as Syntel’s treasurer during its first 16 years of operations and is currently the vice president of corporate affairs, a role she has had since the company’s inception.”

Sethi, a mother of two, also sits on the board of directors of the company alongside her husband, who remains chairman.

“Born in India, Sethi holds an undergraduate degree in mathematics, a masters degree in computer science, and an MBA in operations research . Through their family foundation, the couple pledged $1 million in 2014 to the University of Michigan to develop a start-up accelerator,” the profile reads.

London-born Jayshree Ullal was raised in New Delhi, and took over computer networking company Arsita Networks in California as president and chief executive officer in 2008, when it had less than 50 employees, transforming it to one of Silicon Valley’s most valuable networking firms by 2014.

“Ullal, who owns more than 10 percent of Arista’s shares, is one of America’s wealthiest female executives. She took slightly more than an engineering team doing some good technology and turned it into the thriving network switch company it is today,” Forbes quoted Arista co-founder David Cheriton as saying.

Cheriton and fellow co-founder Andreas von Bechtolsheim had previously worked with Ullal at Cisco, where she spent 15 years. She had earlier served as vice president of marketing at Crescendo Communications, which Cisco acquired in 1993.

Ullal, also a mother of two, got an electrical engineering degree at San Francisco State University and a master’s degree in engineering management at Santa Clara University.

“Ullal has donated some shares to a family foundation created in honor of her sister, who died of lung cancer. She has also earmarked some of her holdings for her two children as well as her niece and nephew,” her profile reads.

The first edition of “The Most Successful, Self-Made Women in the US” released by renowned financial and business magazine Forbes, includes Oprah Winfrey, Madonna and Nora Roberts. At least 15 women on the list were born outside the US.

Tata Consultancy slapped with $940-mn fine by US court