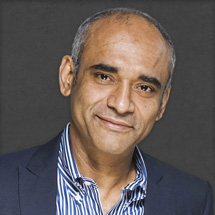 Washington, June 25 (IANS) In a huge blow to an India-born technocrat’s streaming television startup Aereo, the US Supreme Court ruled 6-3 in favour of America’s biggest television broadcasters saying it violates the Copyright Act.

A group of broadcasters sued Aereo in early 2012 before it had even launched in its first market, New York, according to CBS News.

The broadcasters asserted that Aereo violated copyright laws by allowing “public performances” of their TV shows. Aereo said it was only enabling private screenings, just like off-the-shelf TV antennas do.

The US Supreme Court, which heard the case in April, Wednesday rejected Aereo’s argument that it is only a provider of equipment and decided that, for purposes of copyright law, the service should effectively be treated like a cable company.

At issue in the case was what constitutes a “public performance” of copyrighted material, a key standard under the law.

Broadcasters involved in the case — CBS, the parent company of CBSNews.com; Comcast, 21st Century Fox and Walt Disney — argue that Aereo is illegally taking their content.

In its defence, Aereo cited a 2008 Cablevision case in which a federal court ruled that remote DVR storage systems don’t infringe copyright protections.

Broadcasters claimed that Aereo is more like a cable subscription than a DVR service, arguing that the company goes beyond simply providing equipment for watching TV.

According to CBS, Aereo supporters, including Barry Diller, CEO of IAC/InterActiveCorp (IACI), contend that a ruling against the service would have an adverse impact on a range of important new technologies, including “cloud” computing.

But the Supreme Court Wednesday said in its ruling that it believed its decision was limited and would not imperil emerging technologies.

The National Association of Broadcasters concurred in its statement: “Aereo characterised our lawsuit as an attack on innovation; that claim is demonstrably false.”