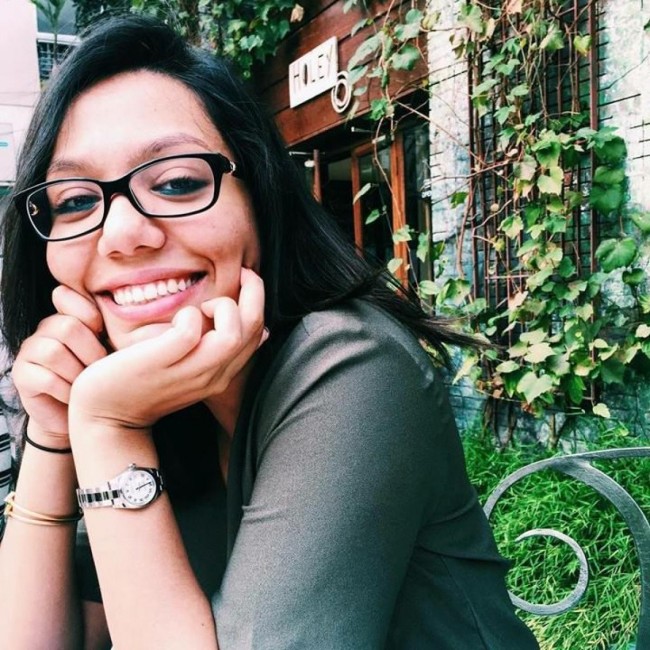 Atlanta, GA, July 2 (Staff & IANS): Two Emory students, Abinta Kabir and Faraaz Hossain, were among those taken hostage and murdered by terrorists yesterday in the attack in Dhaka,Bangladesh, according to a post on the University’s Facebook page.

“The Emory community mourns this tragic and senseless loss of two members of our university family,” said the post. “Our thoughts and prayers go out on behalf of Faraaz and Abinta and their families and friends for strength and peace at this unspeakably sad time.”

In the wake of this terrible loss, the university is offering support to members of its community through counseling services.

Islamic State militants slaughtered at least 20 foreigners, including an Indian girl, with sharp weapons before security forces rescued 13 hostages and gunned down six gunmen on Saturday morning, ending a long drawn-out overnight siege at a Bangladeshcafe popular with both locals as well as foreign visitors, officials said.

India’s External Affairs Minister Sushma Swaraj confirmed the killing of Tarushi Jain of Firozabad in Uttar Pradesh. “I am extremely pained to share that the terrorists have killed Tarushi. I have spoken to her father Sanjeev Jain and conveyed our deepest condolences. The country is with them in this hour of grief,” Sushma Swaraj tweeted.

In Dhaka, Brigadier General Nayeem Ashfaq Chowdhury, director of military operations, told reporters that “most of the victims were killed brutally with sharp weapons”.

He said their bodies were found lying on the blood splattered floor of the restaurant along with unexploded IEDs, sharp weapons and a communication device after “Operation Thunderbolt” which was launched to end the standoff between government forces and suspected Islamic State militants.

Tuhin Mohammad Masud, a commander of the elite Rapid Action Battalion, said one of the gunmen, who was injured in the shootout, has been arrested. “We have gunned down at least six terrorists.”

The attack, which also left two policemen dead, began Friday evening after heavily armed gunmen stormed the Holey Artisan Bakery, a popular hangout for foreigners, in the high-security and affluent Gulshan diplomatic zone of the Bangladesh capital. The neighborhood was considered safe with high walls, security guard booths and gated driveways at many entry points of the enclave.

“What kind of Muslims are these people? They don`t have any religion,” Hasina said in a televised address to the nation. “People must resist these terrorists. My government is determined to root out terrorism and militancy from Bangladesh.”

Officials said that the 13 rescued hostages included many foreigners, including a Japanese and two Sri Lankans. At least eight Japanese citizens were among the hostages.

Earlier, army men and navy commandos stormed the café to bring an end to the deadly siege in the morning after night-long intermittent exchange of fire and explosions. Armoured vehicles moved in the Gulshan neighbourhood.

The Bangladeshi branch of the Islamic State claimed the attack through its mouthpiece, the Amaq news agency, saying 24 people “of different nationalities” were killed and 40 others were injured.

Witnesses described the chaos as the gunmen shouted ‘Allahu Akbar’ (God is great) when they stormed into the café and began firing. Cafe worker Sumon Reza said he escaped as the gunmen came in.

The Daily Star reported that hostages were made to recite verses from the Quran and those who could were not harmed.

“The others were tortured by the gunmen,” Rezaul Karim, father of one of the hostages Hasnat Karim, told the daily. Karim had gone to celebrate his 13-year-old daughter’s birthday along with his wife and son Rayan, 8. The family was rescued early in the morning.

This is for the first time that militants in Bangladesh have held foreigners hostage. But the deaths in the attack are the latest in a series of dozens of deadly attacks by Islamic State and Al Qaeda-linked militants targeting progressive academics, writers, activists and religious minorities in the majority Muslim country.

The attack came just hours after a Hindu priest was killed in Bangladesh on Friday. The attack drew calls for the Bangladesh government to act against terrorism firmly.

Neighbouring India called for quick action to adopt the long-stalled Comprehensive Convention on International Terrorism (CCIT) and expressed disappointment that the UN General Assembly failed to push for its early adoption.

“The perpetrators of terrorist attacks as well as the states that support and sponsor or provide safe havens to terrorists or terrorist groups must be made accountable,”India’s Permanent Representative Syed Akbaruddin said, speaking at the General Assembly.

Kareena and Saif to become parents in December