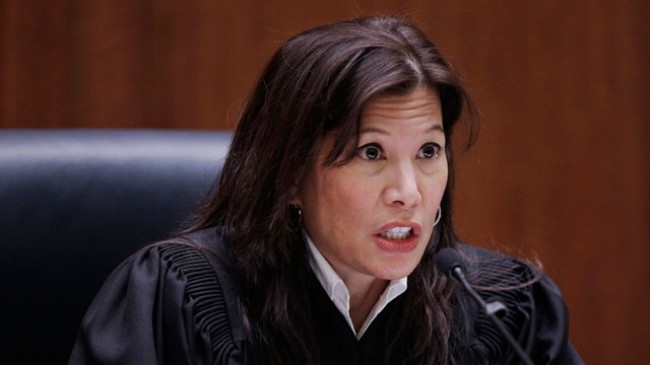 “Enforcement policies that include stalking courthouses and arresting undocumented immigrants, the vast majority of whom pose no risk to public safety, are neither safe nor fair,” she wrote in the letter.

“They not only compromise our core value of fairness but they undermine the judiciary’s ability to provide equal access to justice,” she said, reported NBC News.

In recent weeks, state and local authorities in other jurisdictions, including Multnomah County, Oregon, and El Paso, Texas, have gone public with their objections to what they have called “raids” by agents of Immigration and Customs Enforcement inside courthouses or on courthouse grounds.

However, Virginia Kice, a spokeswoman for Immigration and Custom Enforcement’s Western regional office, defended the practice of detaining undocumented immigrants at courthouses in general.

“While ICE does arrest targets at courthouses, generally it’s only after investigating officers have exhausted other options,” Kice said, adding that many immigrants detained at or near court houses have previous convictions.