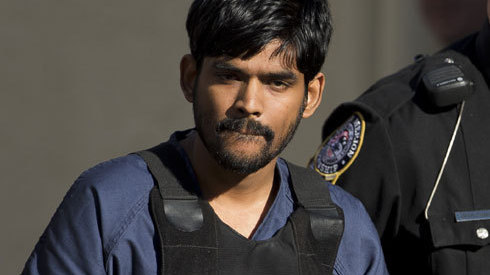 Washington, July 29 (IANS) An Indian man, facing a death penalty for a double murder, will represent himself during an appeal in the Pennsylvania State Supreme Court, the media said on Wednesday.

Raghunandan Yandamuri was charged with killing an Indian American 10-month-old girl and her grandmother in their Pennsylvania home three years ago.

On November 20, 2014, he was sentenced to death by lethal injection.

A Montgomery county court recently ruled that Yandamuri could represent himself and named two standby attorneys.

“As much as this court is reluctant to grant such relief, I feel I am compelled to,” India West quoted the Montgomery county court as saying.

Yandamuri, a software engineer, was in the US on an H-1B visa and tried to kidnap Saanvi to get a $50,000 ransom from her parents.

Hailing from Andhra Pradesh, he was heavily in debt, largely due to his gambling addiction.

He needed money to bear the expenses for his pregnant wife’s treatment, the report added.