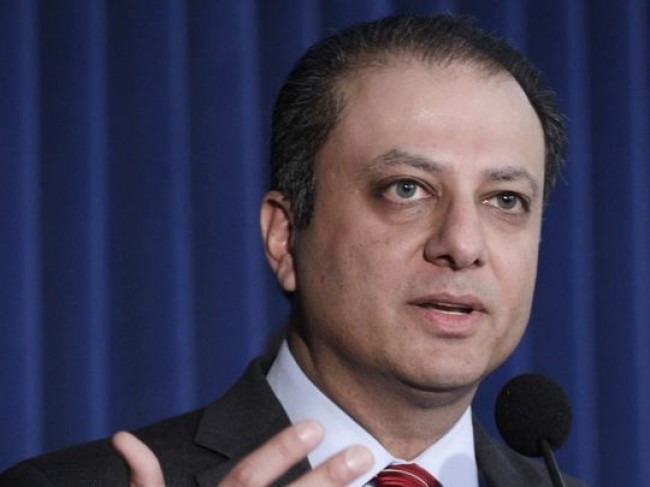 Bharara was looking into allegations that Tom Price, the Health and Human Services Secretary and the administration’s point man on efforts to repeal and replace ObamaCare, improperly traded healthcare stocks while he was a member of the House of Representatives, New York Post reported on Friday.

Price, a Representative of Georgia’s 6th District (2005–2017) until his appointment as Health Secretary, maintained that he broke no laws when he traded healthcare stocks even as he was involved in legislation relevant to the healthcare sector.

He traded over $300,000 worth of shares of relevant companies during a four-year period in the House, the report said.

The issue played a significant role in Price’s confirmation process, and he was asked about it numerous times during his Senate hearing.

The revelation that Bharara was investigating Price comes as many were surprised the US attorney from the Southern District of New York was not retained by the Trump administration.

The then-President-elect had met with Bharara after the election and during the transition period, Trump had reportedly asked him to stay on during his administration.

Bharara, however, refused to go and was fired by the Trump administration, the Post said.

The former prosecutor, who never shied away from the spotlight, was known for investigating corrupt politicians including former office convicted ex-Assembly Speaker Sheldon Silver and former Senate majority leader Dean Skelos, both of whom were convicted by his office last year.
He was also conducting a probe into Fox News Channel and whether the company hid payments it made to employees who alleged sexual assault from investors.