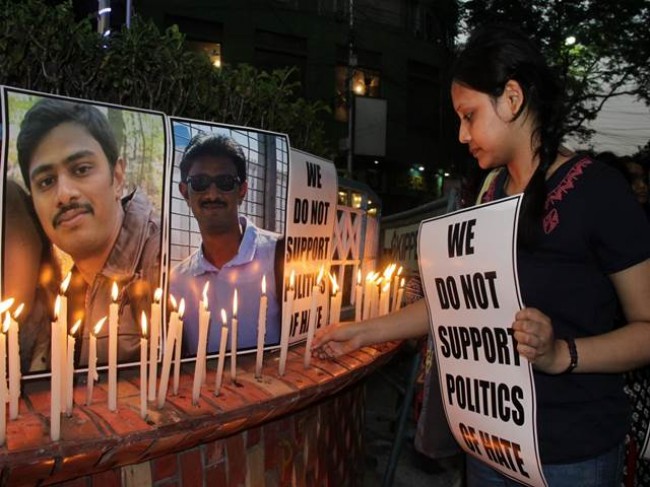 Washington, March 17 (IANS) The Governor of US city of Kansas has declared March 16 as “Indian American Appreciation Day” to honour Indian engineer Srinivas Kuchibhotla who was killed in an apparent hate crime.

Kuchibhotla, 32, was killed and his friend Alok Madasani was injured when Adam W. Purinton, a white man who earlier served in the US Navy, shot them at the Austins Bar & Grill in Olathe on February 22.

Purinton reportedly got into a row with the victims and hurled racial slurs. He yelled “Get out of my country” and “terrorist” before shooting them. An American, Ian Grillot, was injured in the attack.

“Kansas will remain committed to standing with the Indian community,” Kansas Governor Sam Brownback said at an event on Thursday to commemorate the life of Kuchibhotla.

Brownback issued a proclamation at the event to recognise March 16 as the “Indian American Appreciation Day”, reported The Kansas City Star.

“We will always reject acts of violence and harm. We reject hatred in all its forms,” he said in Topeka, the state capital.

“This is a deplorable act that happened,” Brownback said. “We will not let it define us as a people.”

Both Madasani and Grillot attended the event to honour Kuchibhotla. During a brief speech, Madasani thanked people for their support.

“It means a lot to all of us and we really appreciate it,” he said.

Kuchibhotla of Hyderabad and his colleague Madasani from Warangal district in Telangana were working as aviation programme managers at Garmin, an MNC here.