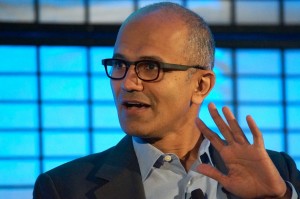 Washington, Oct 10 (IANS) Microsoft CEO Satya Nadella has apologized for comments he made at a women’s computer science conference where he suggested that “women don’t need to ask for a raise – they should just trust the system”.

“Was inarticulate re how women should ask for a raise,” said Nadella on his Twitter account, using the hashtag #GHC14, for the Grace Hopper Celebration of Women in Computing in Phoenix, USA Today reported Friday.

“Our industry must close gender pay gap so a raise is not needed because of bias.”

In a statement to Microsoft employees Thursday night, Nadella went further, saying he was “completely wrong”.

Earlier at that conference, Nadella was asked to give his advice for women wanting to ask for a raise.

He said it’s not about asking for raises, and that women should trust in the system to reward them as they go along.

Not asking for a raise is “good karma,” because someone will know that that’s the kind of person he or she will want to trust, he said.

Before becoming CEO of Microsoft, he was Executive Vice President of Microsoft’s Cloud and Enterprise group.

US killing of Iranian commander should not escalate situation, says India