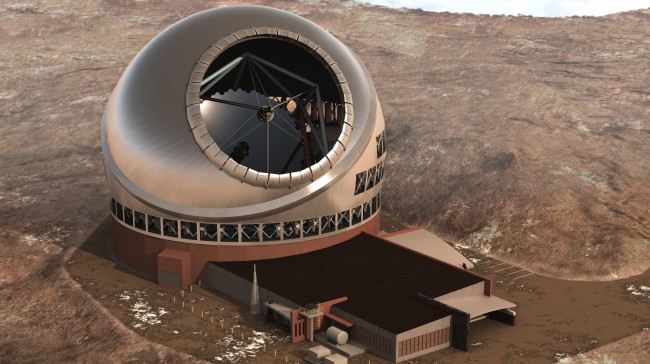 Washington, Oct 11 (IANS) As a follow up to Prime Minister Narendra Modi’s US visit, India has joined the US and three other countries in a $1.47 billion project to build the world’s biggest telescope on Hawaii Island.

An Indian delegation participated in the groundbreaking ceremony of the Thirty Meter Telescope (TMT) Consortium Project at Mauna Kea, Hawaii, on Oct 7 along with about 100 astronomers and officials from the US, Japan, China and Canada. The TMT will enable scientists to study fainter objects far away from earth providing information about early stages of the evolution of the universe.

Recognizing the importance of world-class, international science collaborations, the Indian cabinet last month gave its approval for India’s participation in the project at a total cost of $212 million from 2014 to 2023.

The project is the first implementation from the list of select outcomes from Modi’s US visit namely partnership in mega science projects.

As a founding member of the important international scientific project, India will be a 10 percent partner in the project and 70 percent of its contributions will be “in kind”.

This will translate into 25 to 30 observing nights on the telescope for Indian scientists per year. A number of high technology items for use in TMT project will be produced in India.

The TMT project will expand the role of Indian Science community in international technology development and fundamental research.

The India-USA Tech Summit in New Delhi on Nov 18, 19, will be another implementation of elements in the list of select outcomes from the Modi visit.