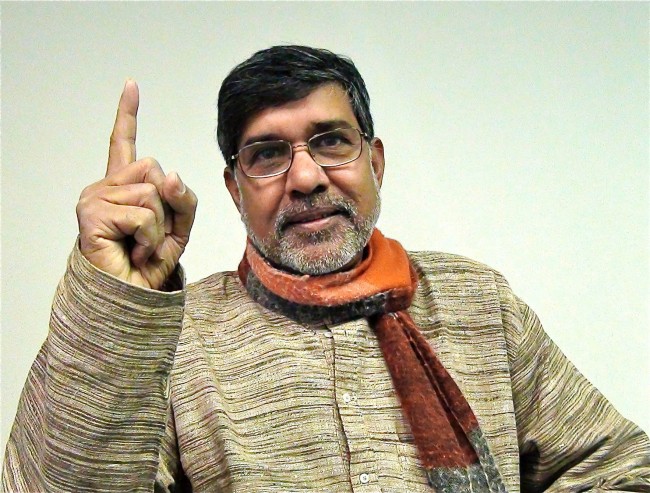 New Delhi, Oct 10 (IANS) The Nobel Peace Prize to Indian child rights activist Kailash Satyarthi will renew global attention on the persisting problem of child labor in India, where millions of them continue to work under cruel and dehumanizing conditions despite an official ban on employing child workers.

India, sadly, is home to the largest number of child laborers in the world. Children from poor and deprived families continue to labor in cruel conditions in brick kilns, as agricultural hands, in the apparel industry, in roadside eating stalls called dhabas and as domestic helps in homes.

The official estimates of the Indian labor department say that there are nearly five million child laborers in India. The real number, according to activists, might be ten times this number. The Indian government banned child labor in 2012.

According to a recent study by the US Department of Labor, though child labor has significantly gone down in western countries, it continues to exist in significant pockets in South Asian countries, as well as in pockets of Latin America, Southeast Asia and Africa.

“It is clear that children continue to work for subcontractors and in homes in the Philippines and India. They perform sewing, trimming, embroidery and pleating tasks,” it said.

The study said that as compared to India, Bangladesh had managed to somehow reduce child labor in industries like apparel making after an international outcry.

According to HAQ: Centre for child rights, child labor is highest among Scheduled Tribes, Muslims, Scheduled Castes and other lower and intermediate caste children.

The persistence of child labor is due to the inefficiency of the law, and administrative system and because it benefits employers who can reduce general wage levels, say activists.

Terming the Nobel Peace Prize to Satyarthi as a “big and historical” occasion, Shireen Vakeel Miller, advocacy director with NGO Save the Children, told IANS: “This event will bring into the spotlight the problem of child labor in India.”

The Nobel Prize “should be an inspiration for Indian children, millions of whom are still stuck in child labor”, she said adding: “India now needs to focus on a complete ban on child labor in all forms.”

Said Meenakshi Kohli, well known child rights activist: “It is great that a person who has contributed so much to eradication of child labor has won the Nobel Prize, but we have to continue with the momentum gained and not forget the issue once the spotlight goes.”

Hoping that the prize would have an impact on child rights and juvenile justice in the country, another activist Bharti Ali said many children, who are child laborers, end up being in conflict with law and this needs to be prevented.

“This is the time to give an impetus to the child rights campaign in India,” she said.