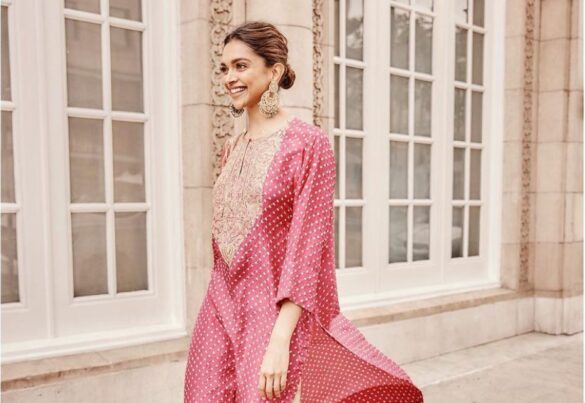 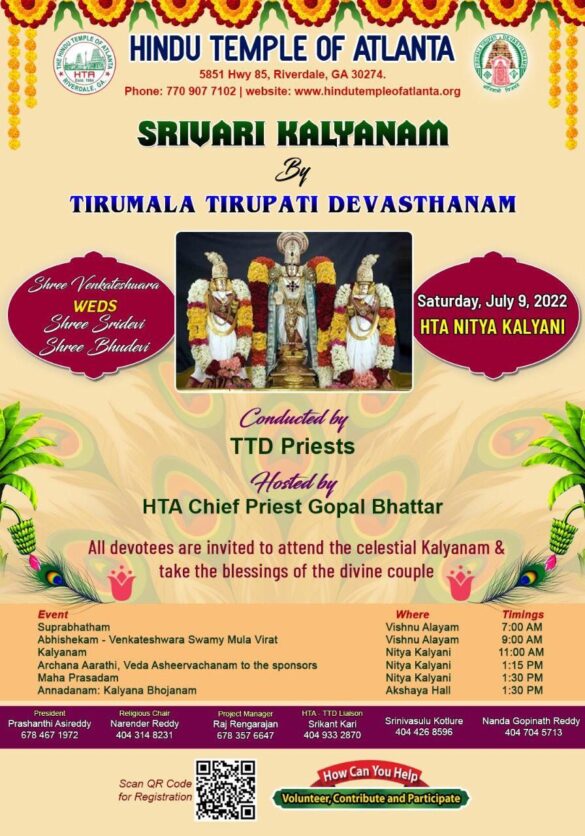 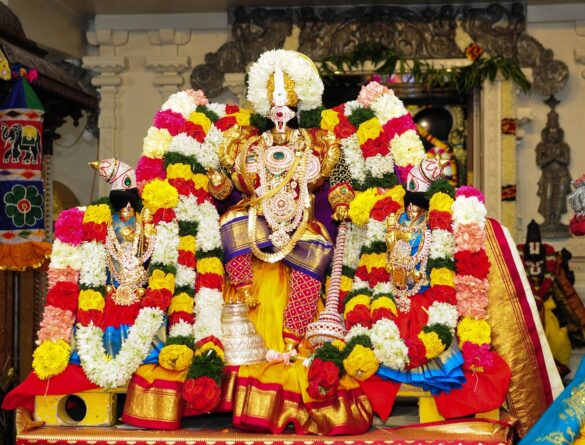 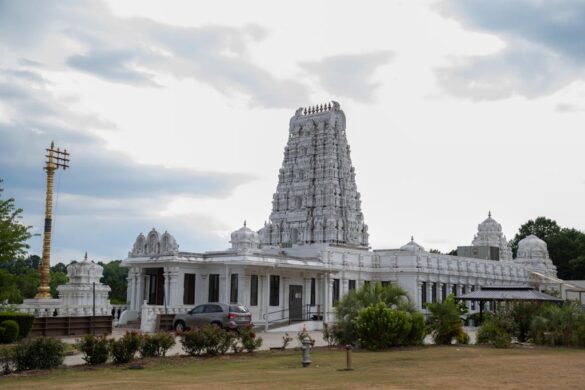 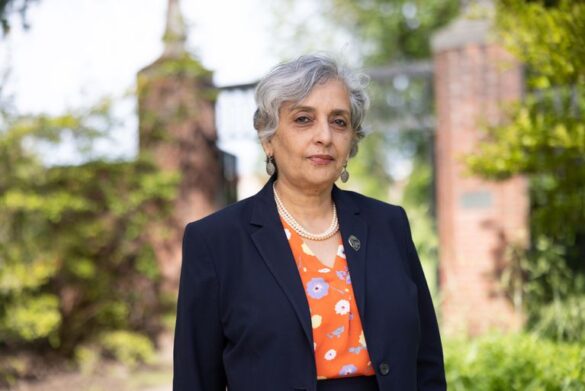 Atlanta, GA: North American Telugu Association (NATA) held its program “NATA Nagara” in style across six cities in south eastern USA. The prestigious NATA 2014 convention will be held in regal grandeur in Atlanta on July 4-6, 2014. Hence, the NATA team decided to invest time and energy to help spread the word on NATA’s efforts for promoting community services, cultural and social activities, and preservation and promotion of Telugu language and heritage in the United States, and across the globe.

The biennial NATA conference in 2014, is going to be a mega event where over 10,000 people of Telugu origin are expected at the GWCC Conference center in Atlanta downtown for the three day period. In addition, the conference will be transmitted LIVE through many leading TV channels to millions across US, Canada and India. All arrangements are in full swing to make the 3 day fun festival surpass all expectations and provide maximum value to all the people in attendance. Over 200 groups of committed volunteers across US, Canada and India are working tirelessly to ensure the event goes off smoothly.

As a part of the exciting reach-out initiative, the NATA Nagara team from Atlanta held a whirlwind tour covering the cities of Huntsville, Nashville, Memphis, Atlanta, Charlotte & Birmingham over two weekends in August. At every city, the night came alive with melodious songs, pulsating rhythms, enthralling entertainment that exceeded every one’s expectations.

“A special note should be made here to commend the fantastic talent of our celebrity guests, Tollywood lyricist Chandra Bose and Telugu singing sensation Mallikarjun,” said a NATA press note. “Their huge talent and fame not withstanding, both the celebrities wowed all of us with their humble, down-to-earth attitude and their readiness to spontaneously join with the crowds.”

Chandra Bose tugged many a heart by sharing his honest narrative on how he was inspired to pen his blockbuster songs (Panchadaara Bomma..etc. ) and added a much needed human dimension to increase the depth of the celebrations of our rich telugu culture. Shri Mallikharjun kept the crowd on their feet, by imitating the superb dancing styles of super stars like Chiranjeevi, NTR, ANR, Krishna etc., while effortlessly singing the latest chartbusters with gusto. Each performance was received with a very high degree of enthusiasm by the overtly supportive audience, and the excitement exponentially magnified thanks to their sportive attitude and goodwill. It was no wonder to see a fruitful membership drive at each of the venues, following this pleasant camaraderie and good wishes.

NATA personalities Dr. Prem Reddy and Dr. Malla Reddy, were the grand sponsors for the entire NATA Nagara efforts. “The vision of our NATA leaders, in providing selfless community service and in helping to spread the roots of our sacred telugu culture, will be fully met through the efforts and partnership from our communities across USA, as evidenced by NATA Nagara triumphs,” said the release. NATA President Dr. Sanjeeva Reddy, along with NATA 2014 Convener and BOD Bala Indurti announced that Shri Chandra Bose will be the Brand Ambassador for NATA and continue his partnership with the NATA team to work towards a glorious NATA 2014 Convention in Atlanta on July 4-6 2014. Shri Mallikarjun was aptly given the title of “Nava Yuva Balasubrahmanyam” for his exemplary singing skills and all round entertaining skills, while conferring the title of “Swabhava Kavi” on Shri Chandra Bose.

An event of this stature and nature could not have been possible without many willing hands and spirits. Audio coordination and support from Venkat Chennubhotla to all 6 cities was a tremendous help! Photography by Dr. GV Rao at all 6 cities helped ensure that the delightful memories are safely encased for generations to come. Bus sponsorship by Ravi Kandimalla. Srini Vangimalla and Goutham Goli  helped augur smooth travel arrangements. Bus coordination, video coverage for media by Gireesh Reddy Meka took our preparations to the next level. Memberahip drives by Kiran Kandula helped us reach out to everyone interested in telugu culture and community service.  In addition, the NATA team led by Shri Madhav Durbha and Shri Phani Dokka from Atlanta, organized a literary event “Spoorthi”, chaired by Shri Chandra Bose which saw a house full capacity audience. Dr. Satyamarayana Reddy deserves a special thanks for coordinating with Collins Hill School. Thanks to President Dr. Sanjeeva Reddy for his support and travelling with us on NATA nagara. Special thanks to EVP Dr. Haranath Policherla for his support and joing the NATA Nagara for 2nd week.  Siva Gaddanugu deserves accolades for helping us with flyers to all cities. Thanks to Dr. Vijaya Appareddy and Sri Ramesh Appareddy for joing 2nd weekend activities of NATA Nagara. Special thanks to Hari Pothukuchi for proving NATA nagara coverage to all cities. We are grateful to Dr. Sanjeeva Reddy, Bala Indurti, Ravi Kandimalla, Srini Vangimalla, Satyamarayana Reddy, Goutham Goli, & Ramesh Chaparala for helping on logistics. Thanks to following team members for hosting lunches and dinners to Chandra Bose and Mallikharjun: Bala Indurti, Kiran Kanduala, Sharad Jhadav, Jagadeesh Cheemarla, Gireesh Meka, Venkat Mondeddu, Rambabu Potturi, Raghu, Srini Vangimalla. Thanks to singers Venkat Chennubhotla, Ram Durvasula, Neelima Gaddamanugu, Bhanusri Vavilikolanu, Keerthana Chennubhotla & Teja Chennubhotla for helping Super Singer program. Thanks to TAMA, GATA and Amritavarshini for promoting the event.

Admitting that it was an arduous task, given the talent and flair of all the participants, the soft spoken “Swabhava Kavi”, announced Meghana Pothukuchi as winner Nikki Gella as runner up, and Archana Reddy as 2nd runner up for the Atlanta NATA Nagara night. All other cities we recognized participants with medals.